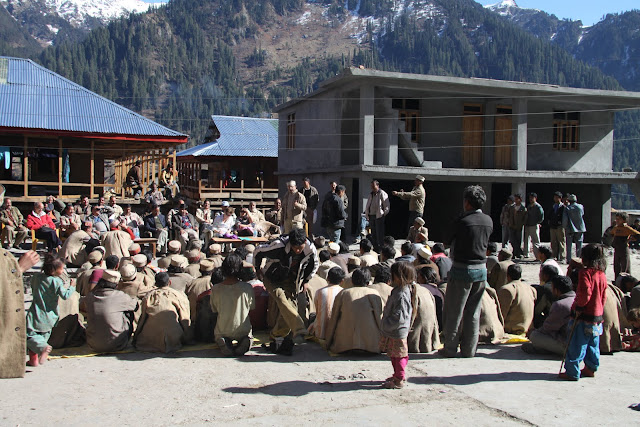 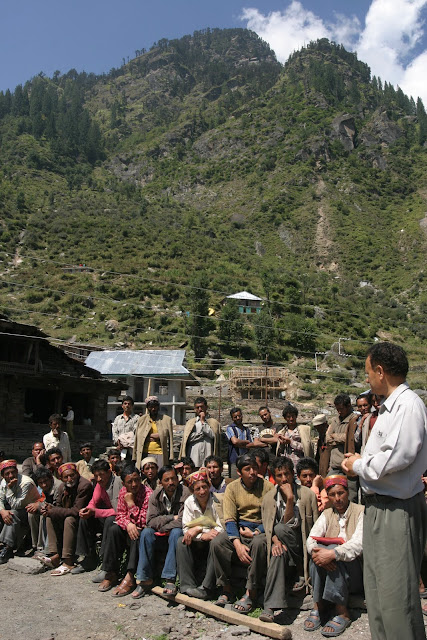 Top: Another attempt at preaching in November, 2009. No luck. Cannabis is still King.)

This was how I started my end of the discussion on Cannabis in a mmeting held in Lisbon shortly. The views here are entirely mine and no one in India could have influenced me.


1- Some years ago when I was posted in Calcutta in the eastern part of India I used to see workers in an adjacent plot constructing a huge building. They would cook only one meal a day. Intrigued, I investigated. They smoked 5 gms of cannabis a day and that gave them energy to do strenuous work. - - There are at least 10 million regular cannabis users in India. Almost equal to the population of Portugal. Most of them take it because of necessity. They belong to the uprooted rural poor. Cannabis maintains the illusion of a full stomach. This enables them to labour hard and long. They send most of their earnings home to support their families in the villages and pay off the vultures who lend them money at exorbitant interest. They age at 50. Don’t blame cannabis for premature ageing as some do all too eagerly in India. Its excessive exertion with little nutrition.

In some states of Northern India and Eastern India there are many bhang shops. Bhang is an extract from hemp or from the male cannabis plant. It is commonly drunk with crushed rose petals, melon seeds, almonds mixed with curd and milk. It is not covered by the NDPS Act, but is a State subject. The state licences some shops to sell bhang. There are about 800 shops in Rajasthan alone. It is supposed to be a harmless drink but too many glasses can knock out a first timer. India had specifically asked for bhang to be excluded from the Convention as it is part of a 2000 year old tradition and has also a religious function.

In addition there are many cannabis users who consume it for relaxation or for rituals and these can not be even counted.

Whenever there is large scale destruction of cannabis, the poorest get kicked in the stomach. There is always a price increase. Mercifully, such destructions are now rare, as enforcement has realized that cosmetic destruction has no purpose and complete extermination of cannabis is downright impossible.

India has had a long experience with cannabis. In 1895 there was the Royal Hemp Commission which concluded that “its effects were benign ….. & that no irreversible health or social damage occurred because of its short or long term use….” 102 years and several Commissions later there was still no proof that cannabis was harmful. In 1997 All India Institute of Medical Sciences, Delhi the leading research hospital in India had held a workshop with the Ministry of Health after researching effects of cannabis on health for many years. They could not add much to what the Royal Hemp commission had said. As this was a Government sponsored seminar they could not go against existing policy and couched conclusions with lots of maybes, ifs and buts. However, their findings eventually influenced the Government to reduce the penalties on drug users especially those who took cannabis. From 2001 ‘small quantity‘ of cannabis meant 1 kg instead of 500 gms.

India had from 1955 to 1959 even allowed licensed cannabis cultivation.

Then came the horrendous 1961 Convention. And, after Article 49s meaningless grace period of 25 years ended, India had enacted its Narcotics Drugs and Psychotropic Substance Act of 1985. Today not only is cannabis cultivation and use still common all over India, it has increased immensely. The NDPS Act influenced by the First Convention could not limit cannabis cultivation and usage at all. Post 1985 people were jailed for what they had been doing openly for hundreds of years earlier.

The problem not only remains but has hit the fan and despite hopes expressed down the decades by friends of the Convention and UNGASS I & II all efforts to suppress cannabis use have decisively failed. The First Convention was made mainly by lawmakers and pharmacologists and bureaucrats far removed from actual knowledge of narcotics. Today, even though, abetted by the UN, ignorance or indifference still rules in many countries, there are many organizations that have researched this subject well and are thus against these restrictions. They ought to be heard rather than stubbornly dittoing past mistakes.

2- India is absent from most international debates because they are embarrassed by the uncontrollable cannabis production and use in India, and by the condition of the people who abuse it. In some international discussion in the 90s India had opposed any concessions. Internationally though India would agree with the US in not diluting the severity of its laws.

3- India had a relaxed attitude towards all kinds of addiction till the First Convention. In 1985 a tough law was introduced hoping the problem would go. Well, the problem of cannabis is still there and much more than any policy maker or law enforcer could have ever dared imagine. Now hashish is being produced in large quantities too.

Limited enforcement resources are the only reason that India has been soft on cannabis. Had there been more officers, the jails would have been filled with mainly cannabis users as they are the easiest to get at.


4- India has for the past 50 years been researching medical uses of cannabis as well its harmful effects. Recently Indian laboratories have found (as have many others round the world) that cannabis is good preventive for vomiting, pain and glaucoma. The only other lesson that can be learnt from India’s experience is to have a population as large as India’s and then such problems will be ignored!
Posted by Bame Duniya at 6:08 AM