The picture below is of the Trade Facilitation Centre for trade of non third country goods between India and Pakistan. It is beyond Uri in Baramulla District in West Kashmir. 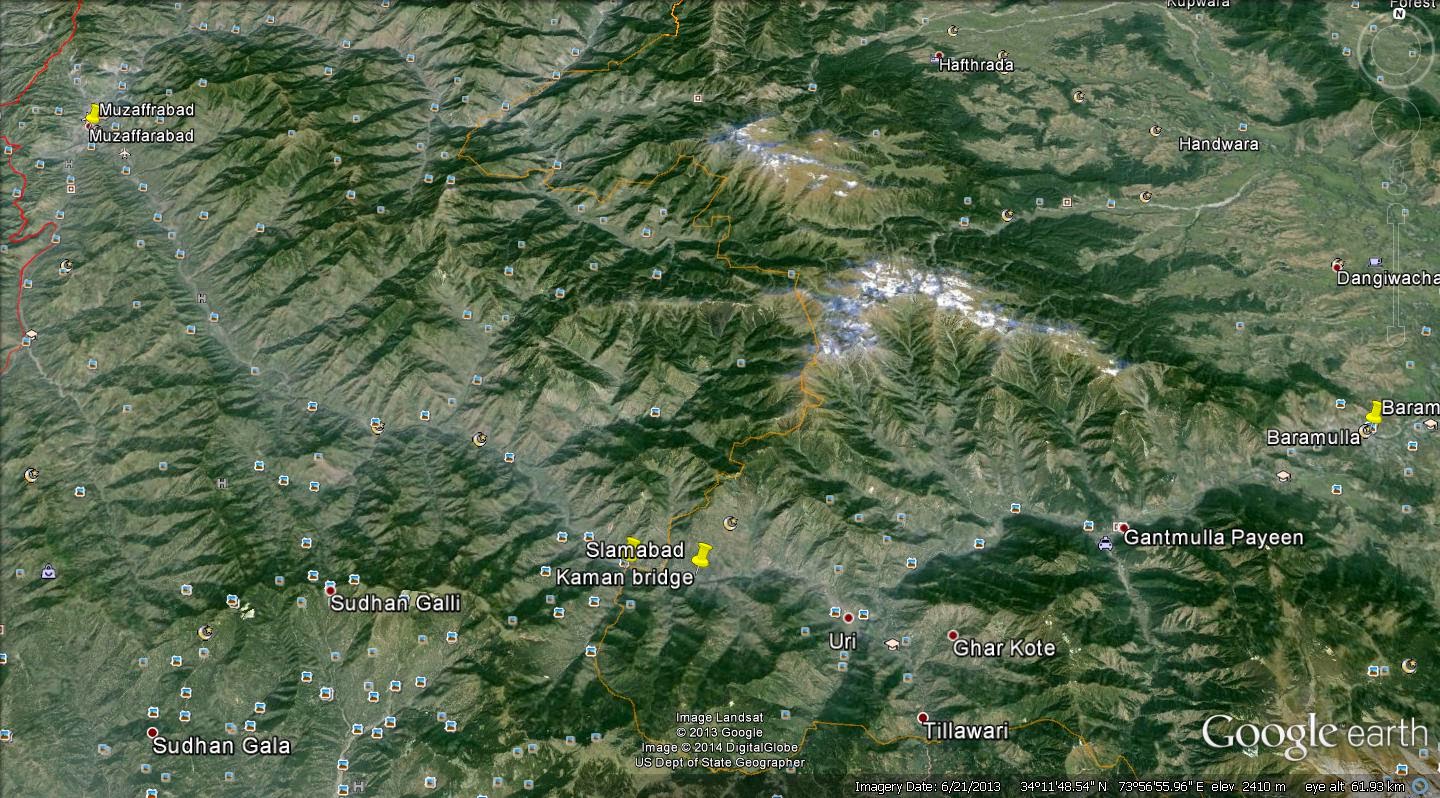 < The Line of Control cuts the Kaman Bridge and the tributary of the Satluj it spans. Right is India and left is Pakistan in a generally vague sort of a way as the LOC waves a bit. But it is enough to give an idea. Below is a close up of the Kaman Bridge and Salamabad 14 kms away. > 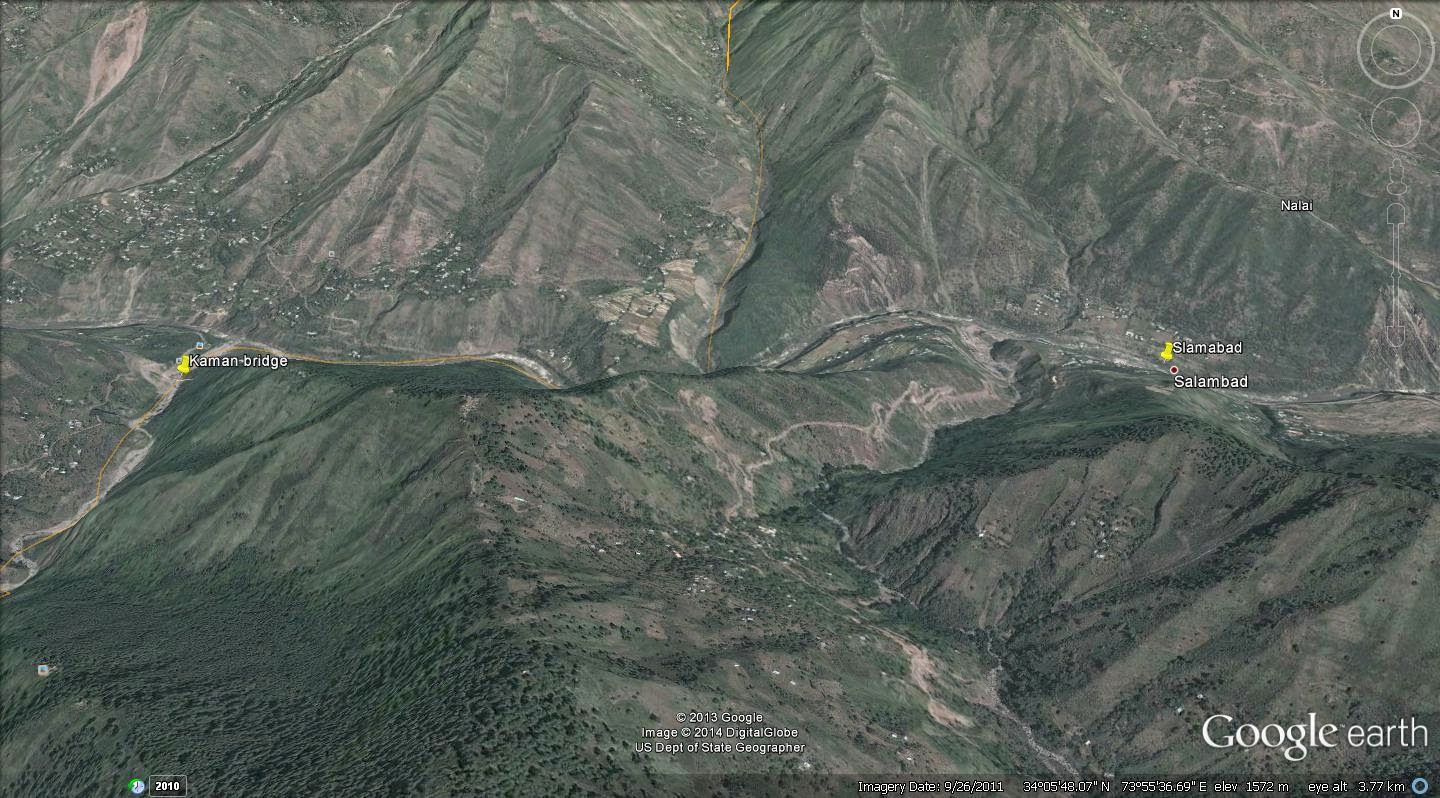 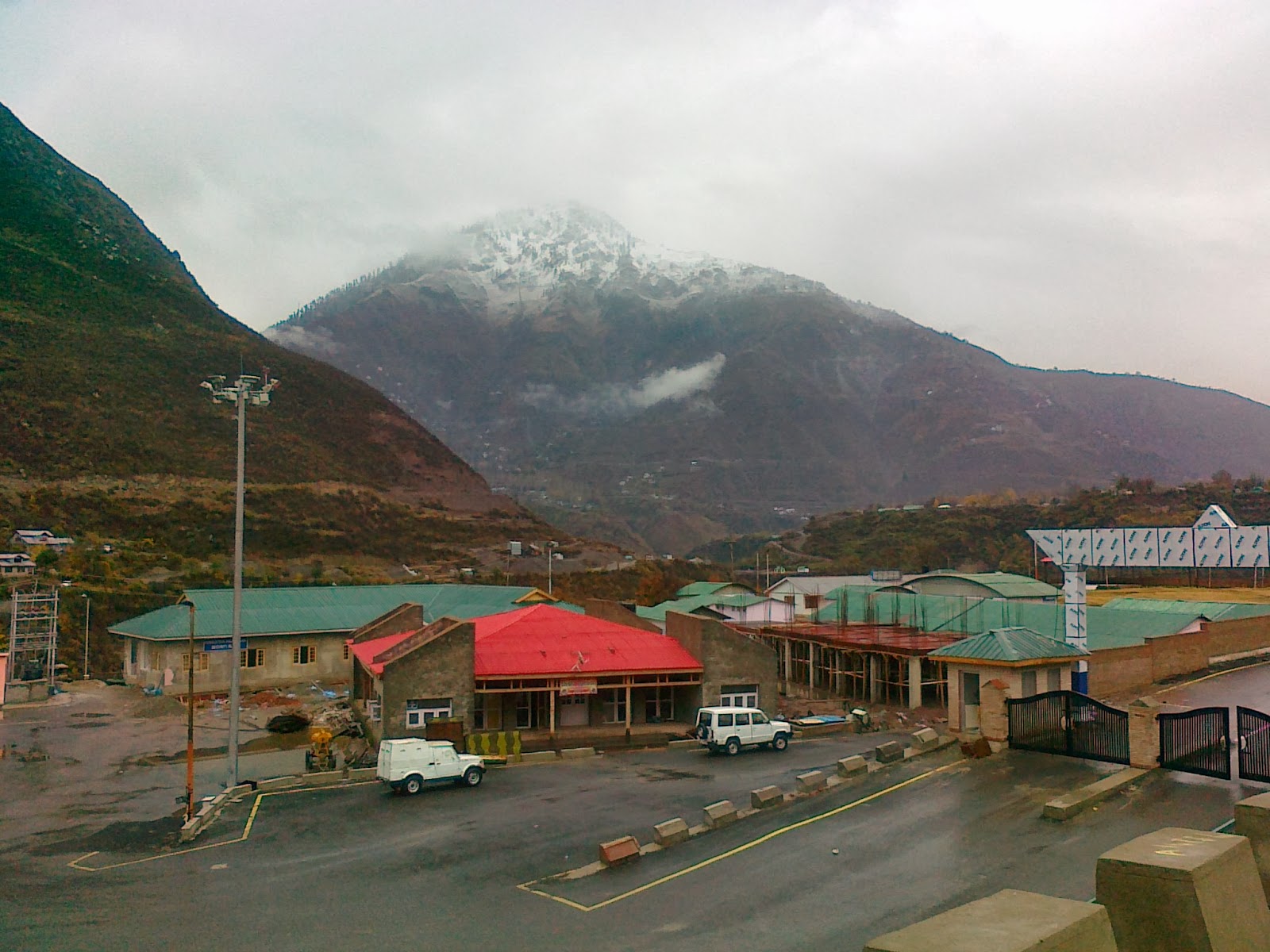 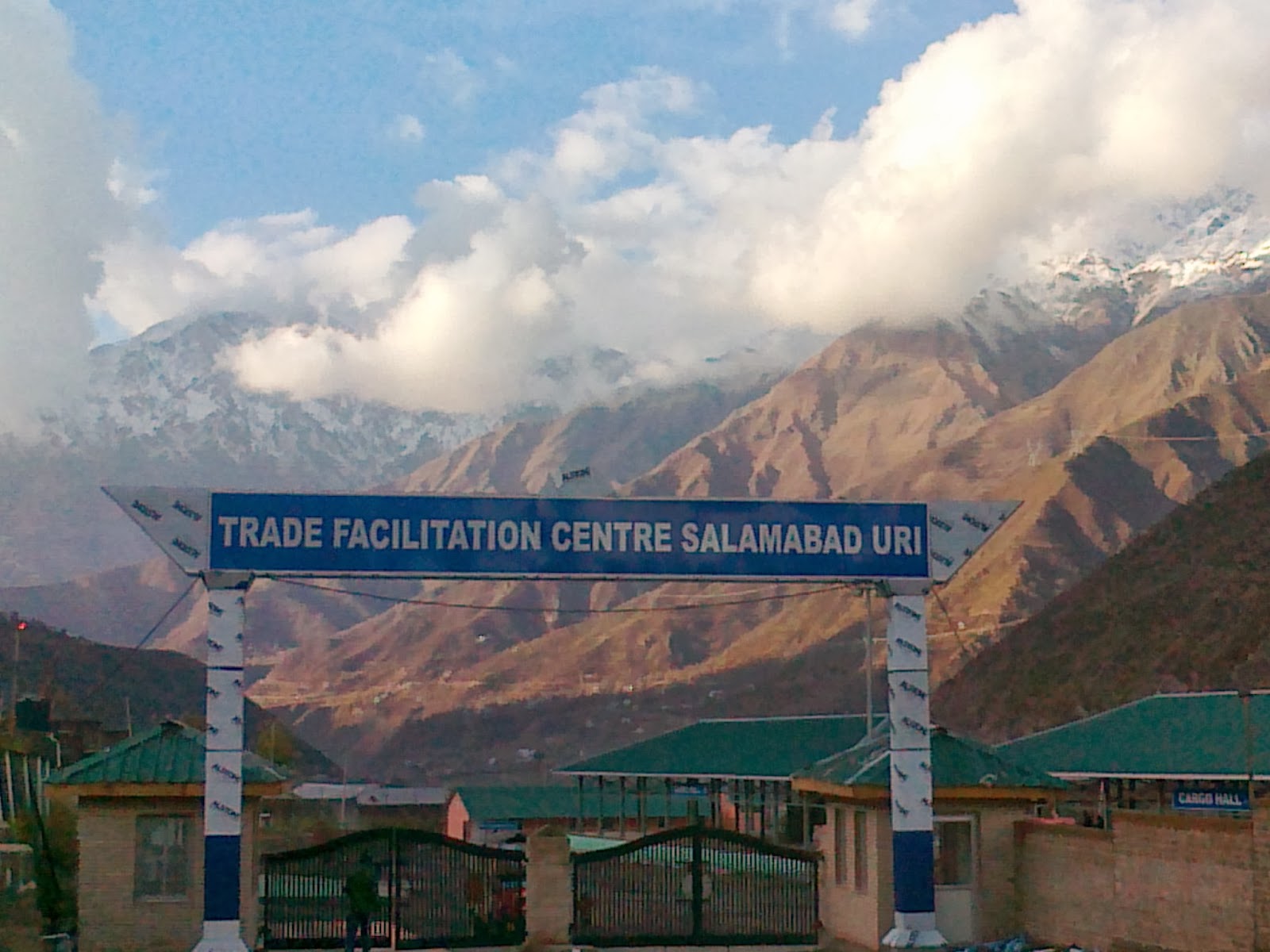 On Friday the 17th of January Indian Customs and JK Police seized 114 unmarked plastic bags of Brown Sugar (No. 3) each weighing a kg. here. 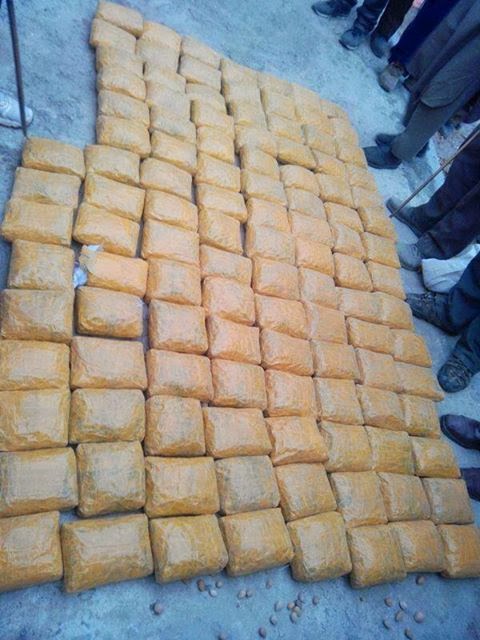 There is very little need for Brown Sugar in Kashmir Valley.In Indian Punjab though there is always a big demand for it. Earlier it was thought that they were consuming Indian made Brown Sugar, but this seizure indicates that Pakistani Brown Sugar is all over the place.And, as it is soon be election time in Punjab the demand is so much that Pakistan is helping readily.

The place where a small %age of checks are done. 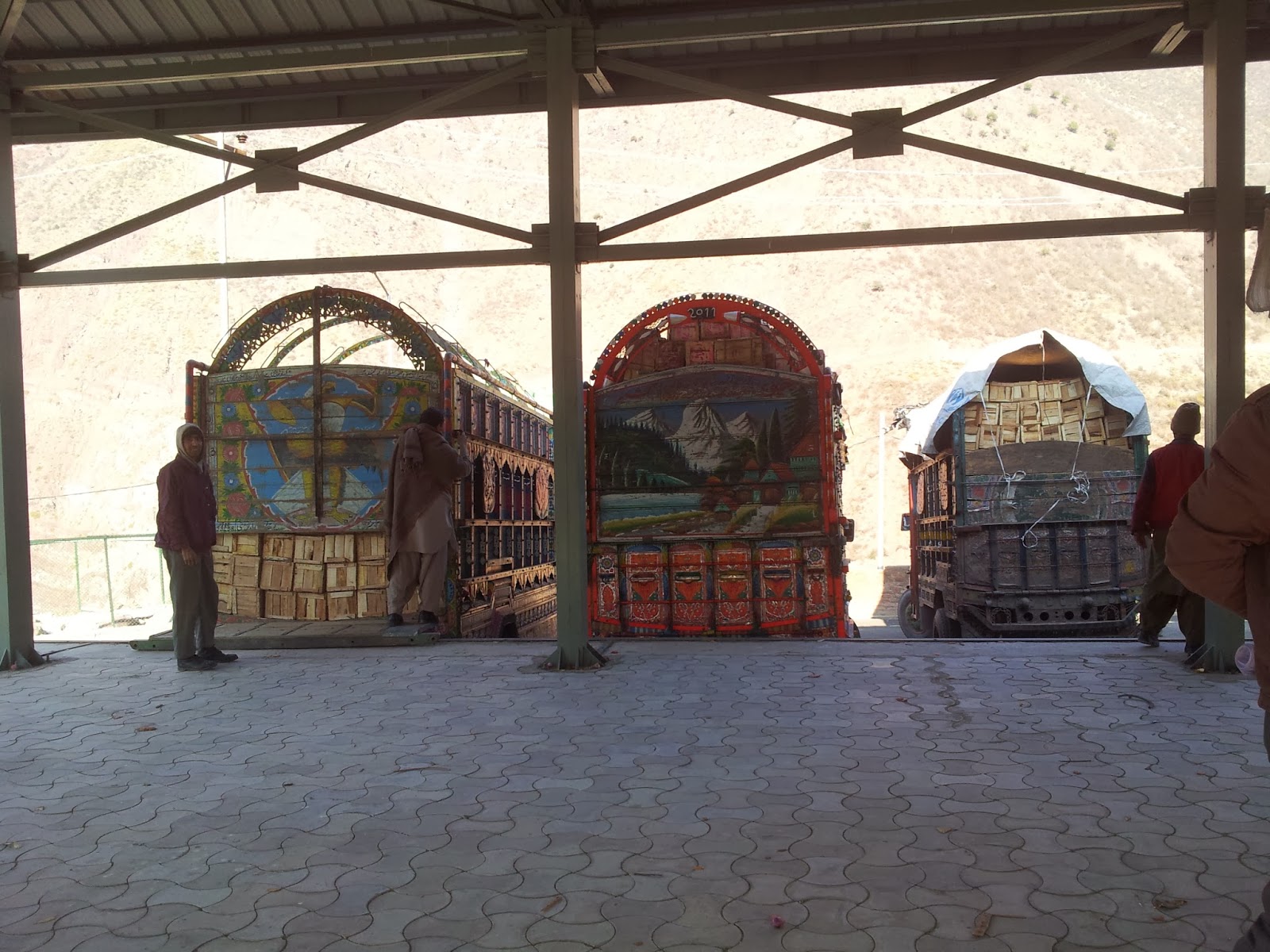 Brown Sugar was headed for Punjab.

These bags were in a truck load of almonds that were being carried in gunny sacks. The actual importer is from Amritsar, Indian Punjab. The facilitator is a Kashmiri. The size of the consignment shows that the smugglers had done this many times before and were confident that they could smuggle it again and again.

The smugglers were unlucky that a pointed stake pierced one of the five selected sacks and Brown Sugar poured out. Curtains for this consignment at least.

This Standard Operating Procedure (SOP)is a strangely prepared document. It permits import of 20 or so goods of Pakistani origin like dry fruits. It prohibits import of third country goods. Strangely, the nibs in MHA and the Ministry of Finance forgot that opium and narcotics also originate from Pakistan, and didn't prohibit it or even mention drugs in the SOP.

The SOP says that the first check will be made by the J & K Police. The Trade Facilitation Officer, who is the Supdt. of Customs, waits till this is done. Till now all checks had been perfunctory but not on the 17th of January.

The Police made this seizure, but they lack the means to investigate and interrogate suspects in Amritsar. This could have been done by Customs best. The case is now with JK Police and many delays later the investigation will hiccup to a full stop.

Meanwhile, innumerable Punjabis hooked to Brown Sugar will continue getting their daily sugar. I wonder how such a big loophole had been made in the SOP.

And if narcotics are going through Salamabad, they will be going past the other TFC at Chakan da Bagh in Jammu. I am sure that the very old Land Customs Station at Attari on the Indo-Pak Border in Amritsar District must also be infected.

There is one more point. The UN and the many Drug Liason Officers of Western countries in Pakistan are not doing their jobs either. For years they have been crowing that opium cultivation in Pakistan is down to almost NIL. Perhaps these lies were necessary to show that the billions of dollars spent in eradicating opium and much more on alternative development from Pakistan had done their work.

No, they have not.

To produce 114 kgs of Brown Sugar (No. 3 heroin) more than a ton of opium will be required and also about 200 litres of Acetic Anhydride. Where is all this from?  Not Afghanistan, for they produce super quality heroin (No. 4).

Side Show:  The Pakistanis have detained 29 Indian trucks in protest. They want the seized truck to be handed over along with the 114 kgs of Brown Sugar***!!! Has any one heard anything more ridiculous?

Not to be outdone. India have detained 40 or so attractive and gaily painted Pakistani trucks. It is quite probable that the driver of the Pakistani truck is innocent, but no chances can be taken and he has to be interrogated.

Today the High Commissioner of Pakistan has been summoned by the Ministry of External Affairs of India, and the Indian High Commissioner by the Pakistan Foreign Ministry. This dance will go on for some time. While passenger buses and goods trucks are stuck on both sides in that cold place.

I shall now show what a fine, but kind of boxed in, place Slamabad is.

First the trucks have to cross Kaman Bridge over a tributary coming from the SW of the Jhelum. India in the foreground and Pakistan is across the bridge.> 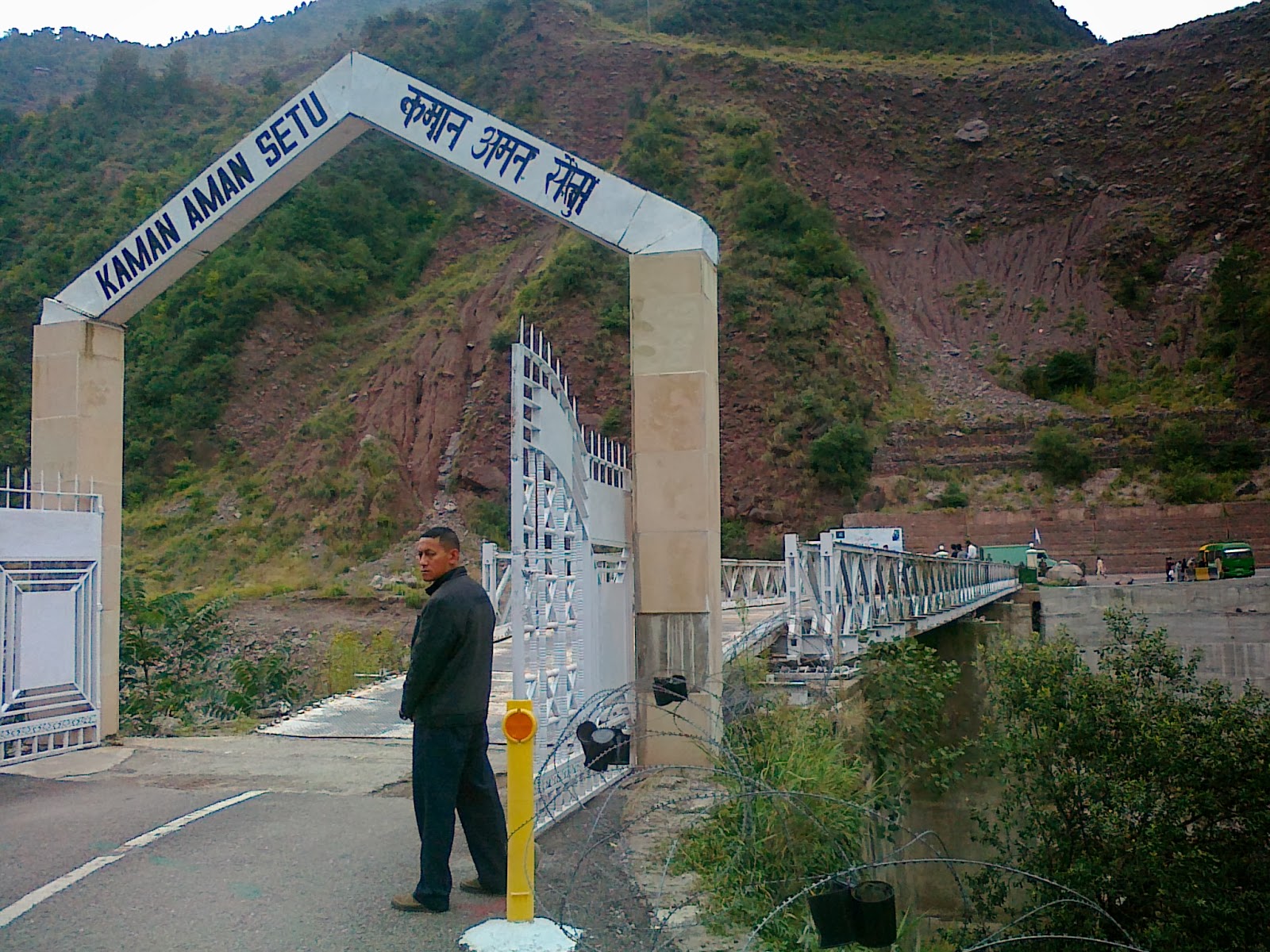 Trade carries on in summer's warmth and also winter's snow. 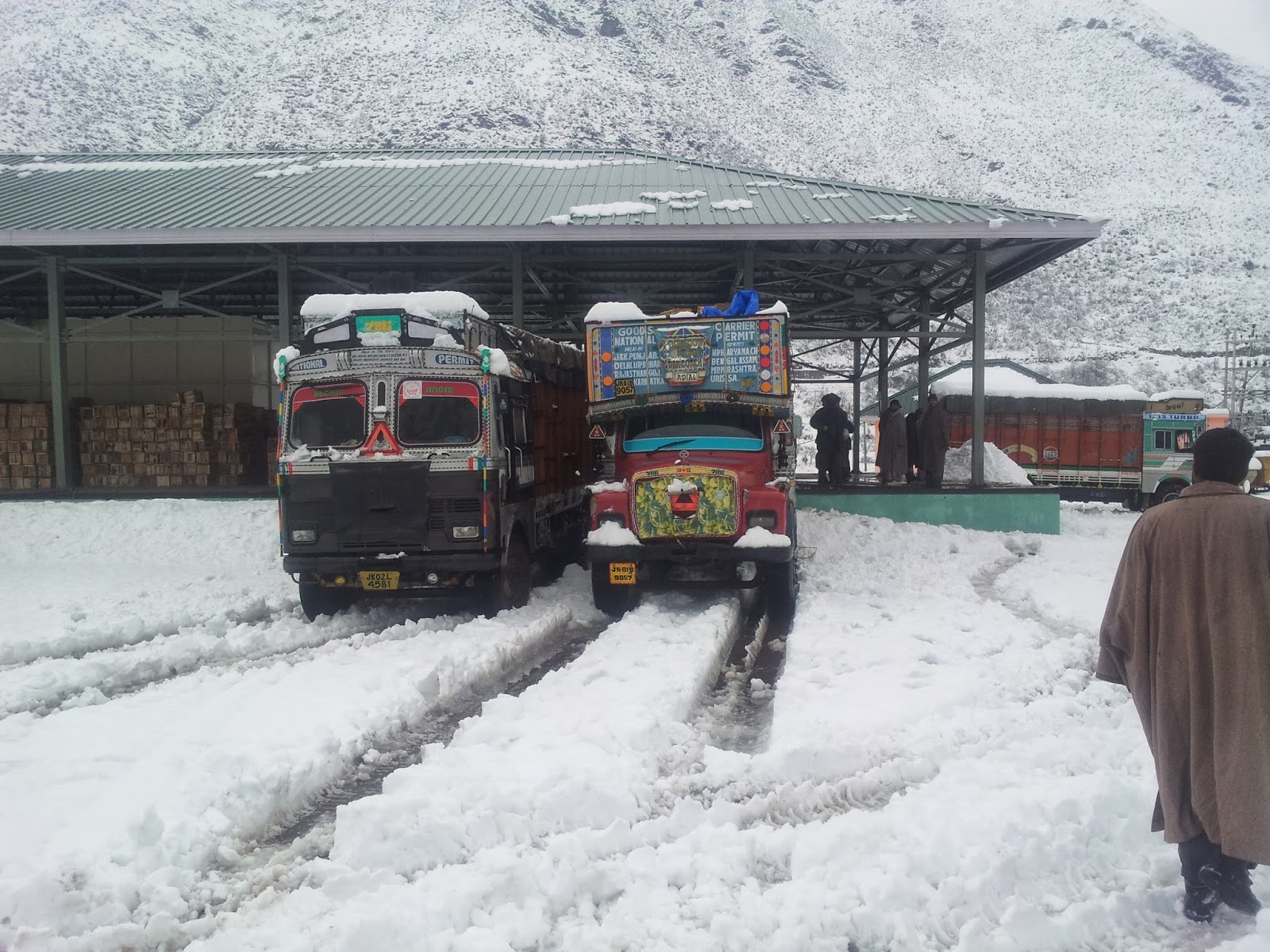 The Pakistani trucks are painstakingly decorated in psychedelic colours. 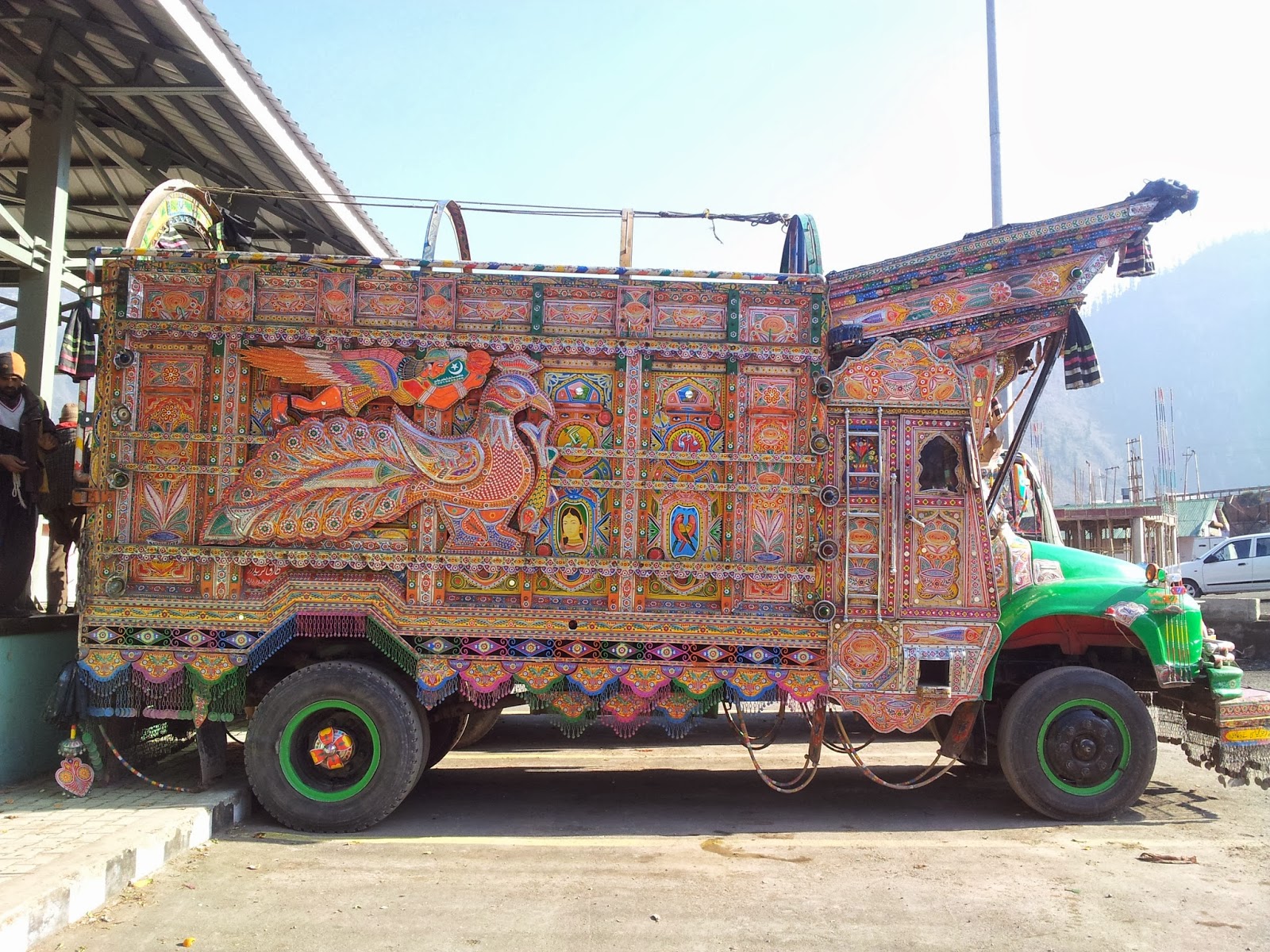 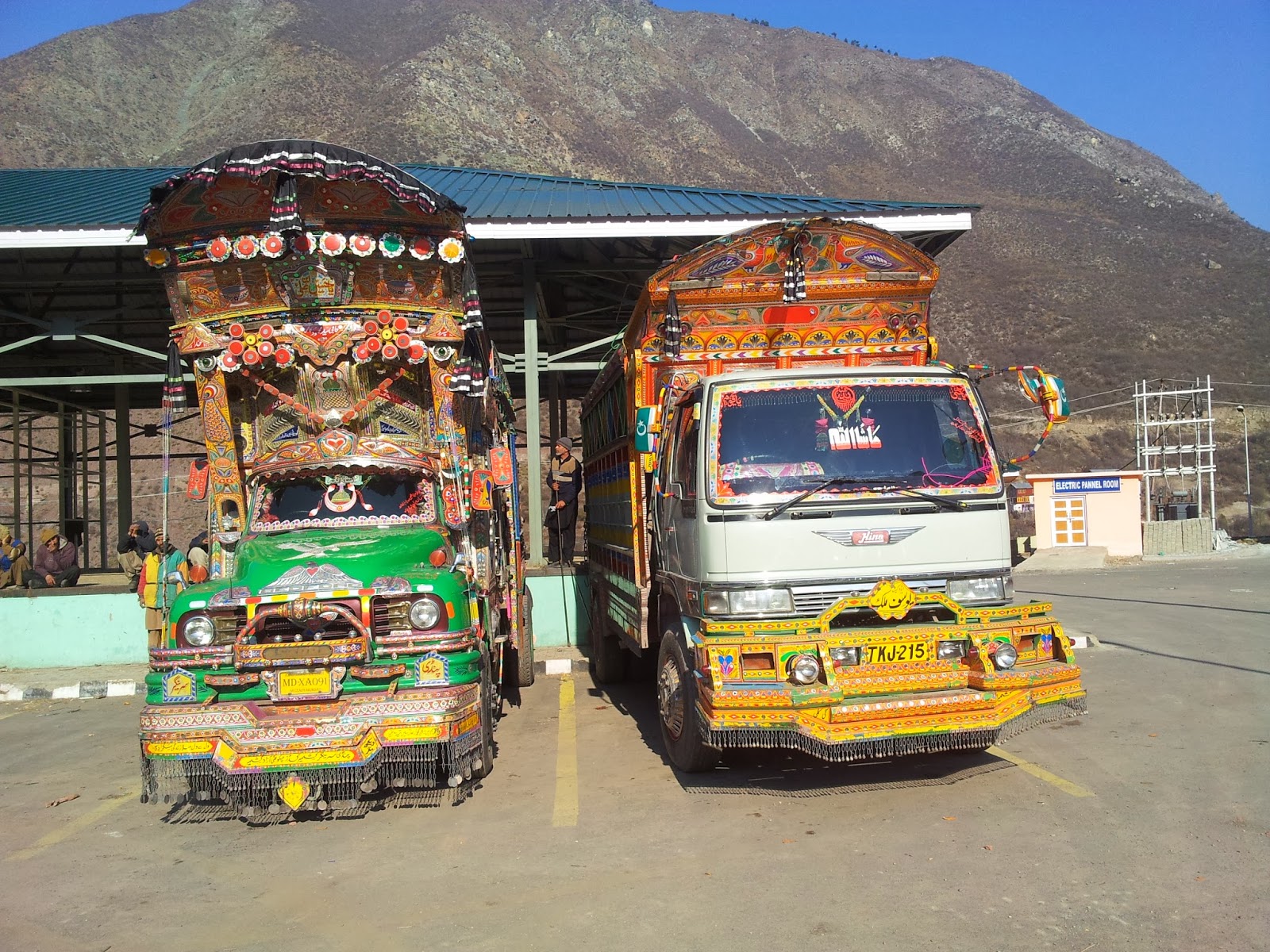 Posted by Bame Duniya at 4:07 AM No comments: