India is a country where some laws still bite the dust. India's draconic Narcotics Drugs and Psychotorpic Substances Act (1985), influenced by the UN Conventions and drummed by USA jailed thousands- mostly users. Cultivators of illicit crops had some of their fields eradicated occasionally, but they were usually not arrested.

Now, in many parts of India a few small cultivators have become rich cultivators by energetically pushing end products. Malana Cream was popular abroad (since the late 1970s) first and now it has captured the domestic imagination and taste buds.

One such place is Malana in Parvati Valley of Himachal Pradesh (via Bhuntar). Another place is Tosh in the same valley. Yet another is Jasol also in Parvati.

And so on till you wonder what Authority is doing to earn their salaries.

The extent of cannabis cultivation is wide spread in much of India ( at least 400 of its 640 districts have cannabis growth), but the defiance by which it is cultivated in Himachal Pradesh is unbelievable. Here it grows in all but one of its twelve districts. I shall write of only one small village in HP- Malana. 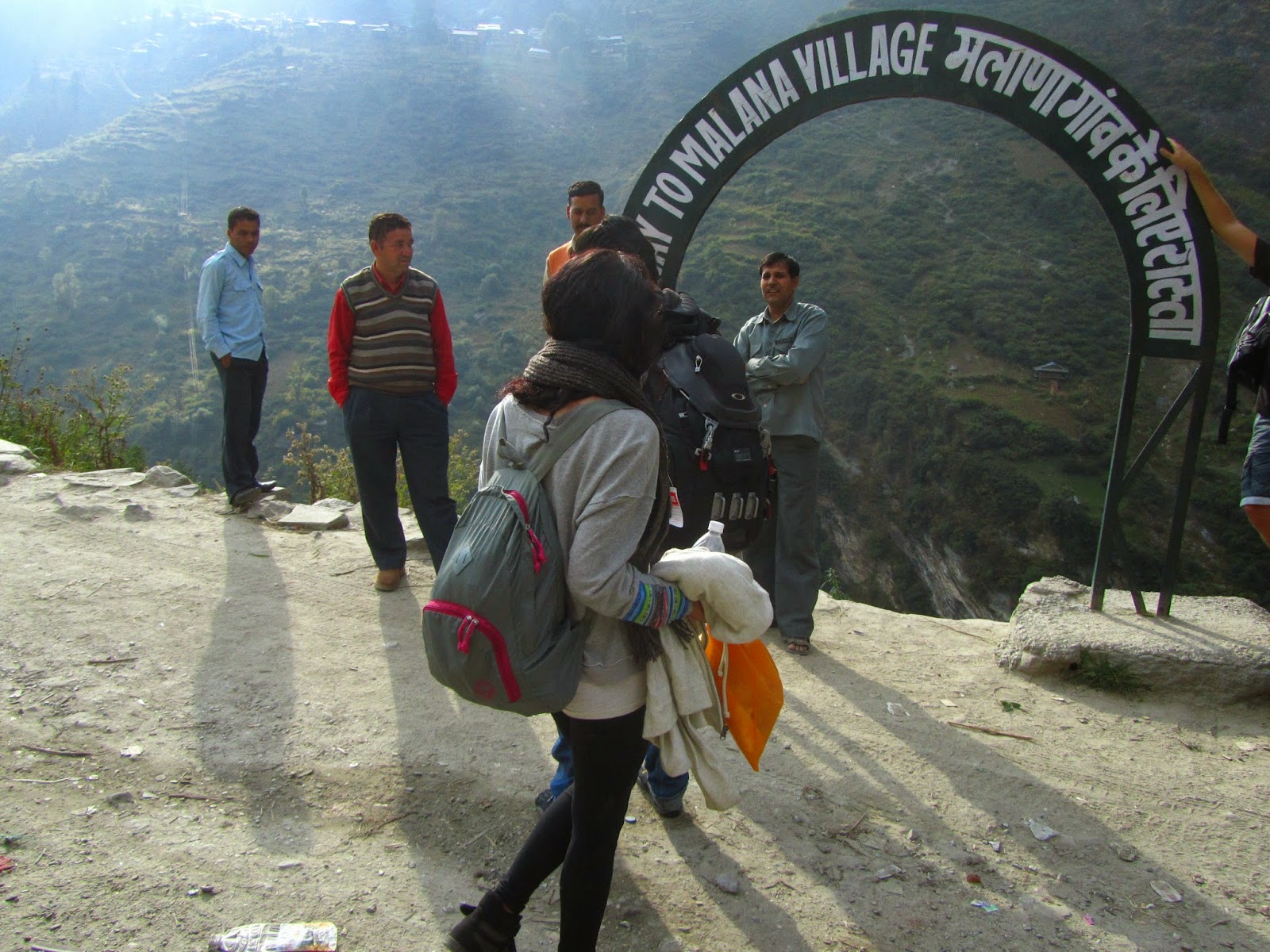 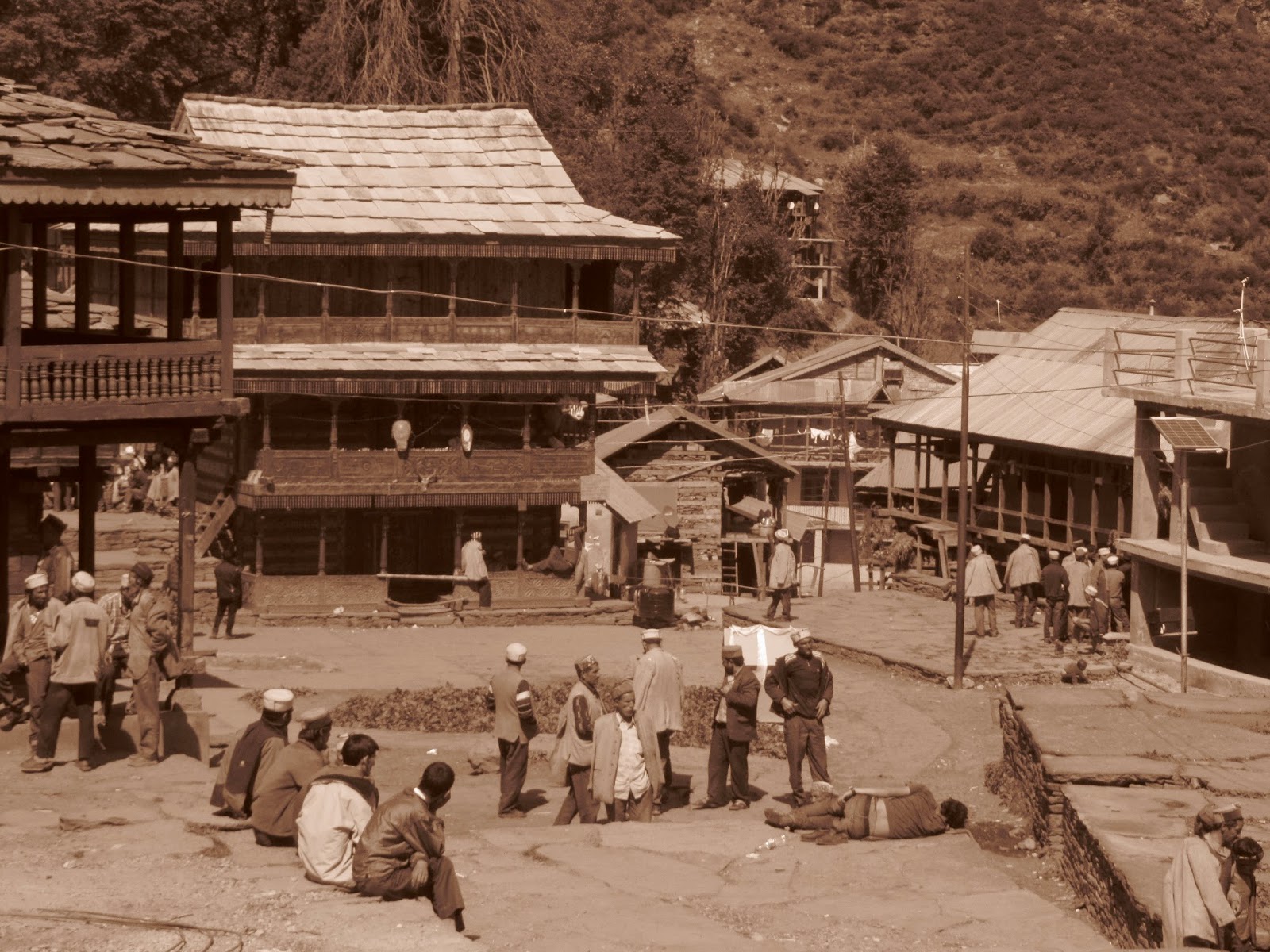 The heart of Malana village famous for its hashish.... A foreign guest is sleeping off his hashish high!

Malana (3023 mtrs) is a village in a side valley of the Parvati River in Kullu, Himachal Pradesh. 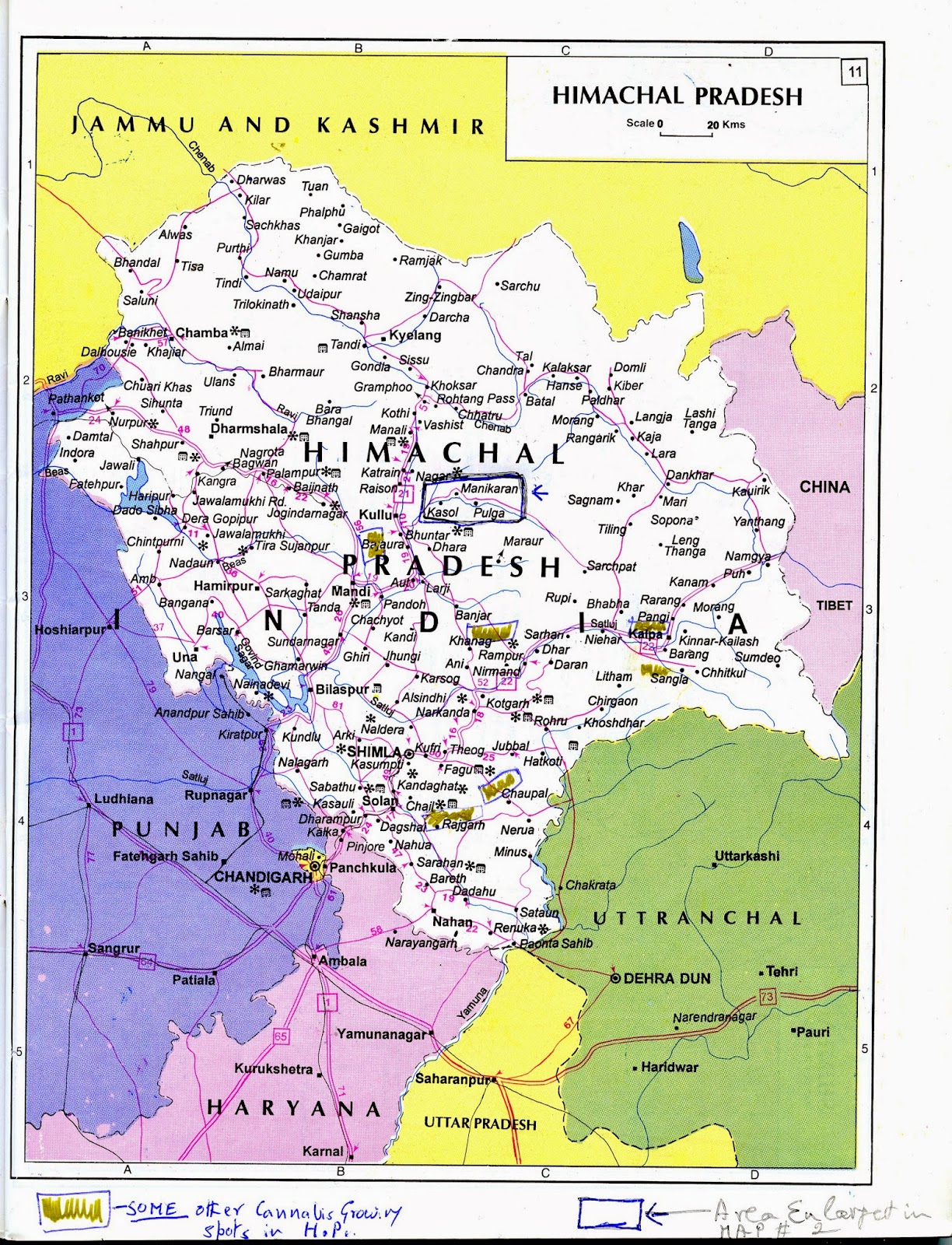 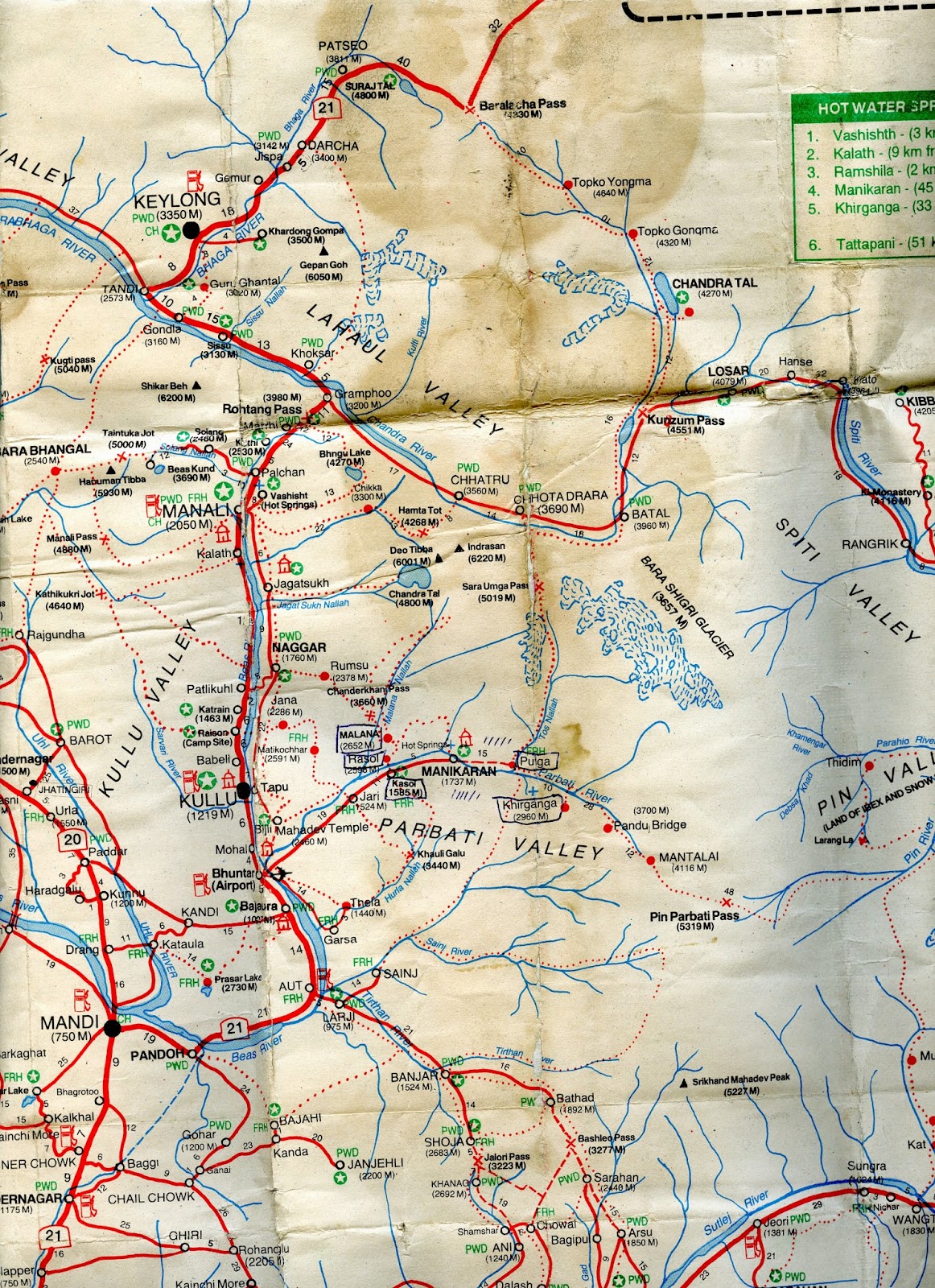 Since the ‘70s this village is notorious all over the world for its hashish- called Malana Cream. Cannabis fields are inside the village, outside, above and below it. 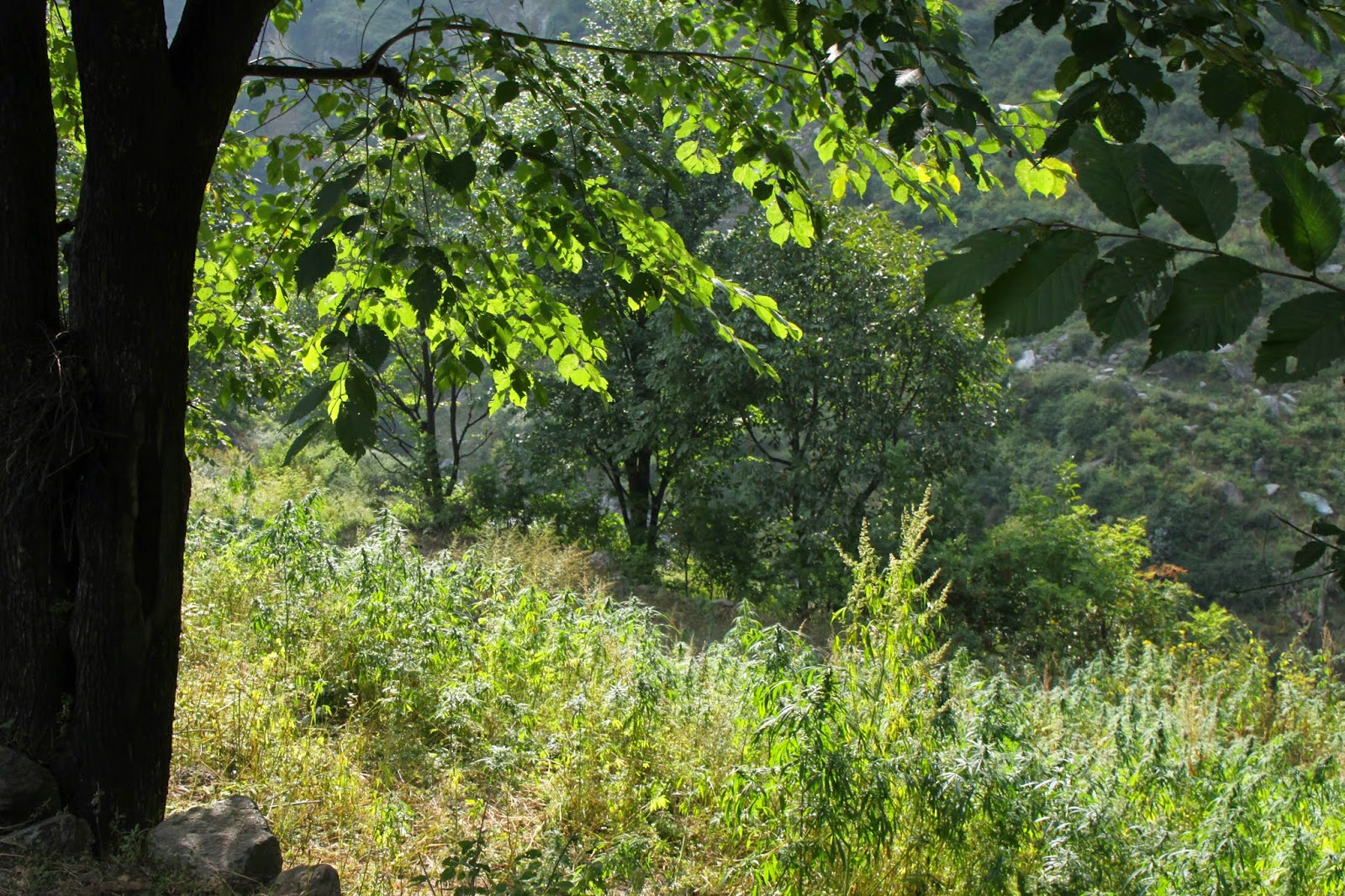 A cannabis field- one of many.

It is supposed to be the best in the world, and available in Israel, Europe and parts of USA. Foreigners, especially Israelis, Dutch, Germans and Americans have been visiting Malana village and Parvati Valley for about three decades to get Malana Cream. Helpful Americans have believed to have introduced cannabis seeds from the US in the upper reaches of Parvati Valley.

Cannabis cultivation and processing of hashish is also common in Rasol, Kasol, Tosh, Pulga, Khirganga and the higher reaches of Parvati Valley. Buyers and suppliers contact each other over the excellent mobile network here.
There is so much international demand, and now domestic too, that the village cannot supply enough. Malana Cream is now reportedly adulterated with hashish from Nepal (many Nepalese are working in Parvati valley and Malana) and from Rohru and other parts of Himachal Pradesh. The rate for the adulterated hashish is Rs. 2000/- per tola and Rs. 4000/- per tola for genuine Malana Cream.

I have been visiting Parvati Valley for the past fifty years. There was not even a whiff of cannabis on my first visit. On my last two visits to Malana in 2008 and 2009, I was involved in a futile attempt to convince them to give up cannabis cultivation. We had some hope in Alternative Development then. There were many rare and expensive herbs like Cinchona and Artemisia growing around Malana and in other parts of Parbati Valley. Several scientists from the Himachal Pradesh Agricultural University, Palampur attended these meeting after surveying the herbs found there. They advised that these herbs could be propagated and packaged inexpensively and could get all in the village an income almost equal to that from cannabis.

Five years later there are no herbs at all. Expanding cannabis cultivation has smothered them all! And I am firmly of the opinion that Alternative Development, much loved by the west, is a waste of time. If the people are making lakhs from cannabis, why should they go for a handful of Rupees, especially when the law is so tolerant.

I was in Malana yet again on the 2nd of October, 2015. There were foreigners going up in the same numbers as earlier. The new development was the astonishing sight of an endless stream of Indian boys and girls from Punjab, Haryana, Delhi and even as far as Mumbai, Hyderabad etc. They were all going for a party that was to last for two nights in Malana and then carry on in Kasol for another night.

On the steep two hour climb up I got talking to two young undergrads from Hyderabad, who told me that they had come to buy hashish for themselves and to sell too.

Thus, the circle of addicts grows wider.
On reaching the village I was not surprised to see cannabis cultivation inside, outside and above (on the way to Chanderkhani Pass), as it has always been there. What astonished me was that many more houses than in the past had high mounds of cut cannabis plants stacked on balconies and roof tops. Children, women and some men were openly busy making hashish by rubbing the buds between their palms. 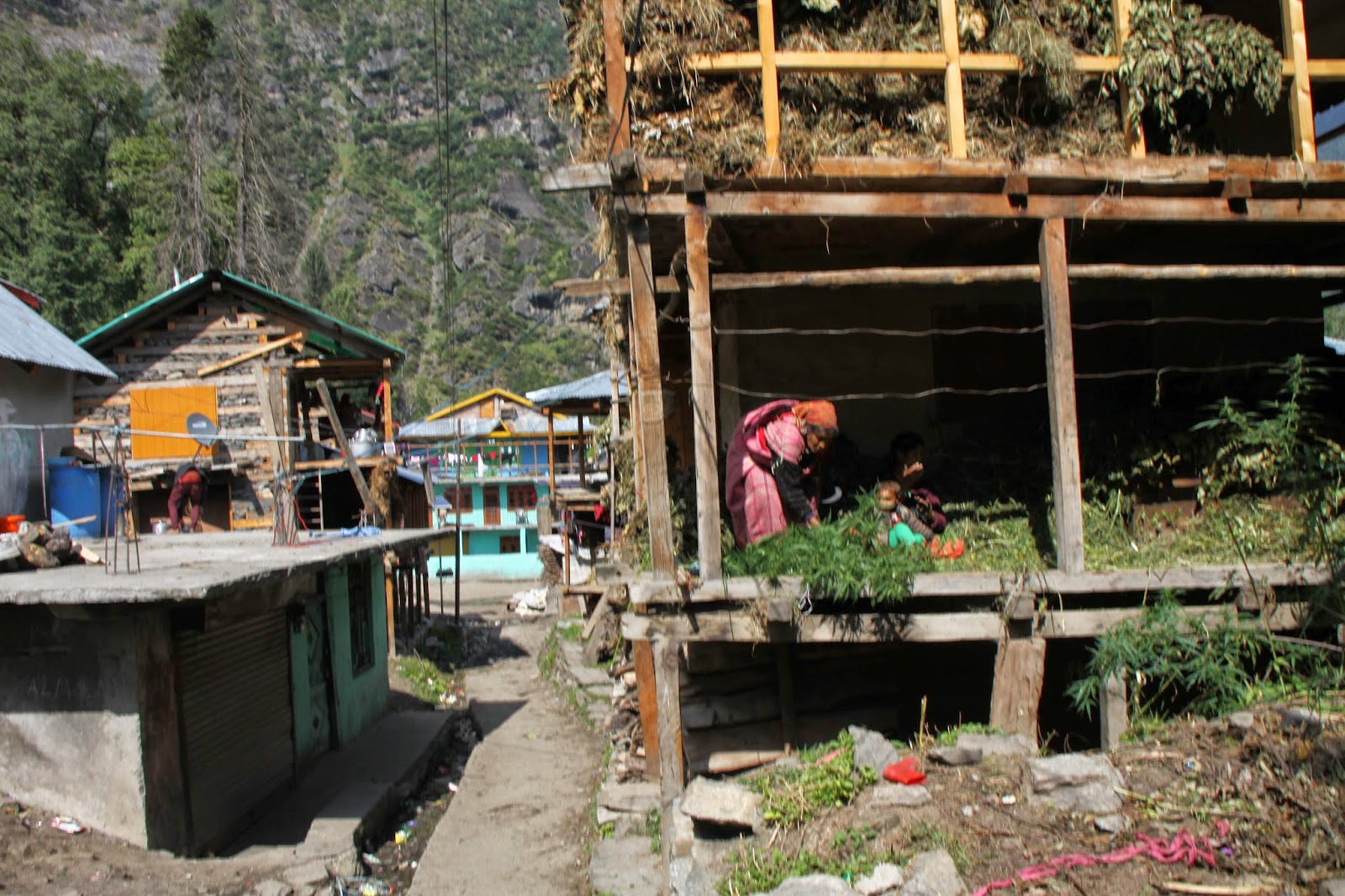 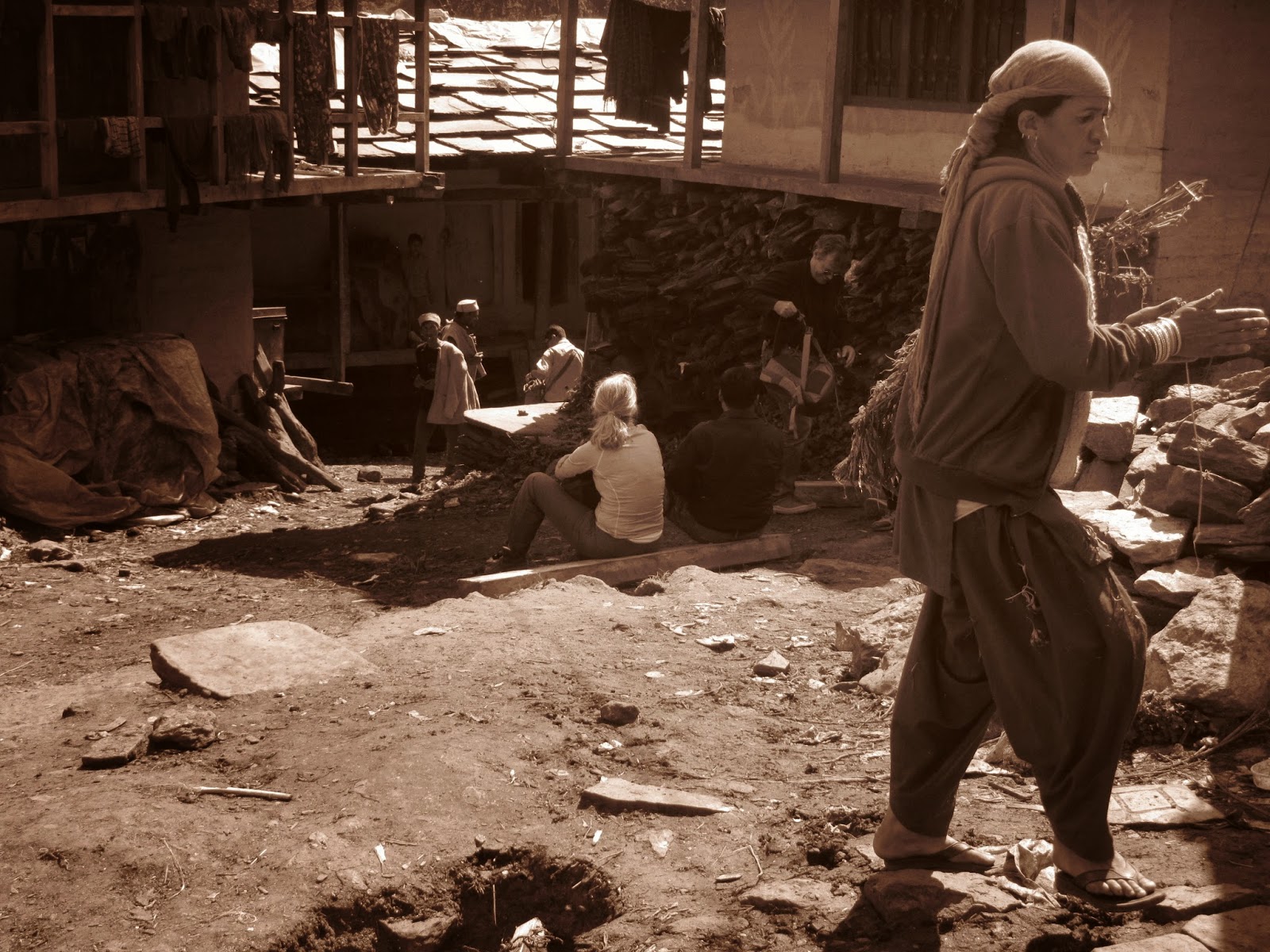 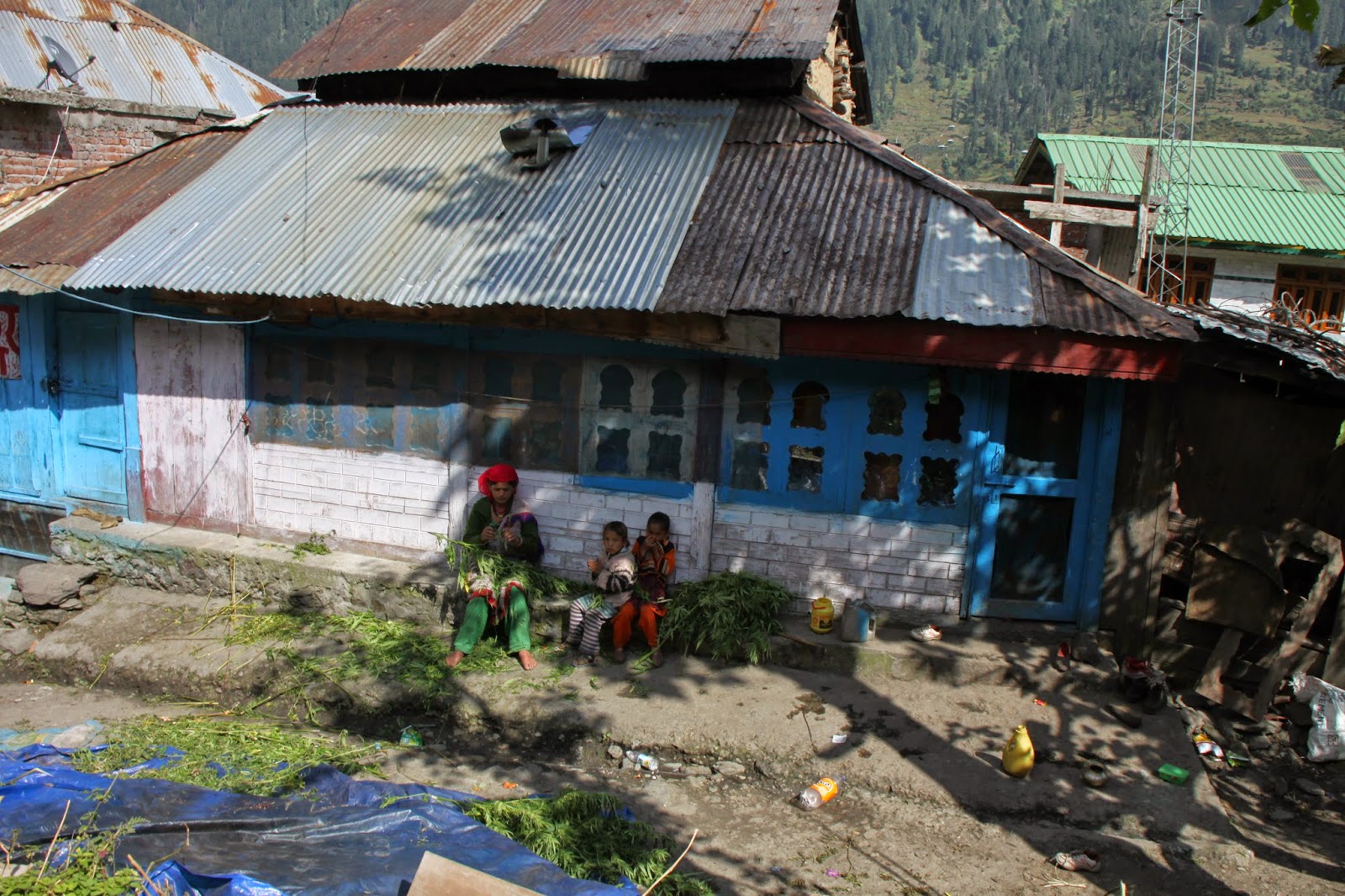 I even saw some foreigners making it.... 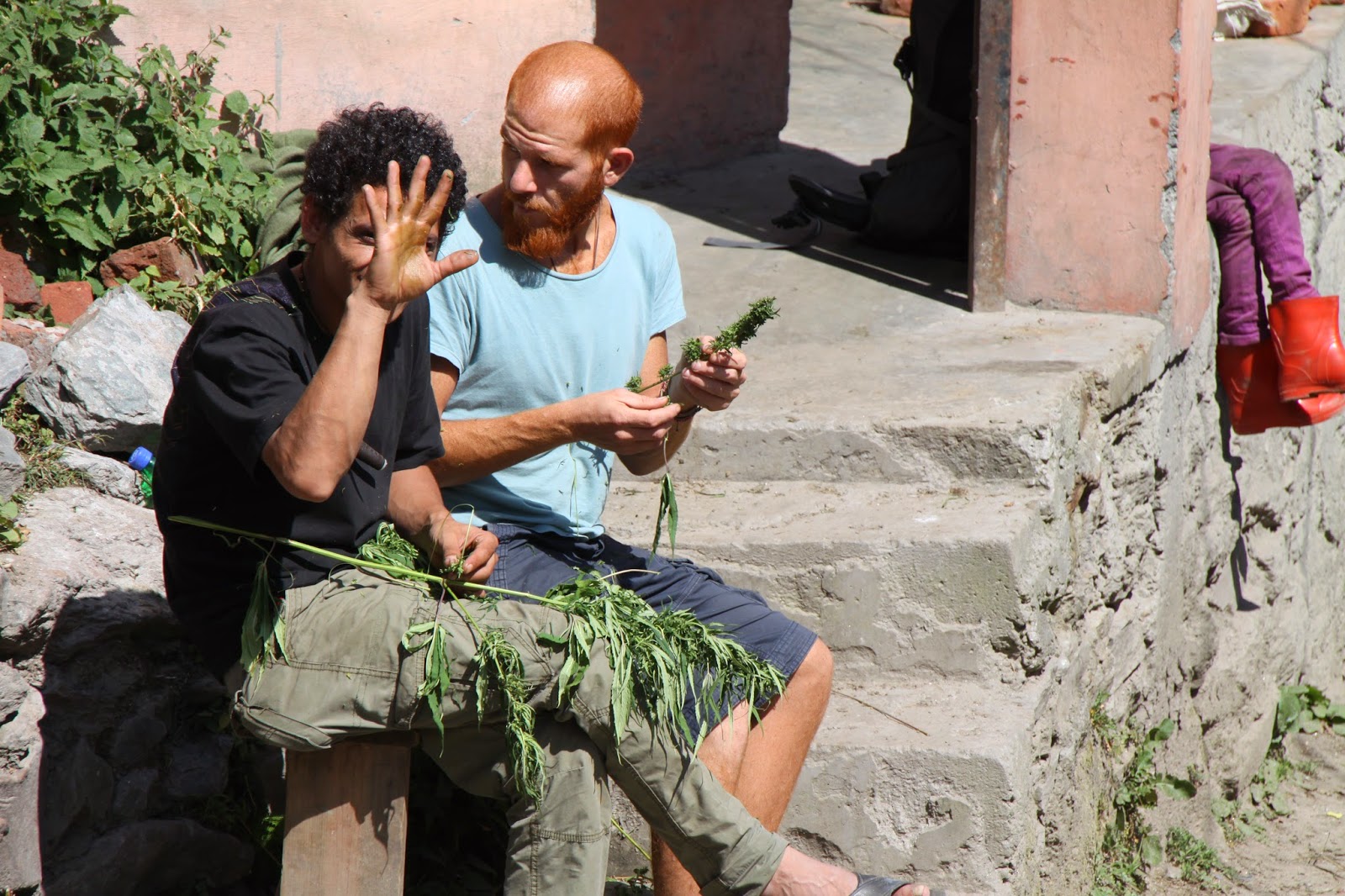 Hashish pellets, two each in cellophane, were being given away as samples by males, who had only two things to say: “Don’t step inside any house”, and “Do you want hashish?”

This procession of clients of hashish starts from early September. 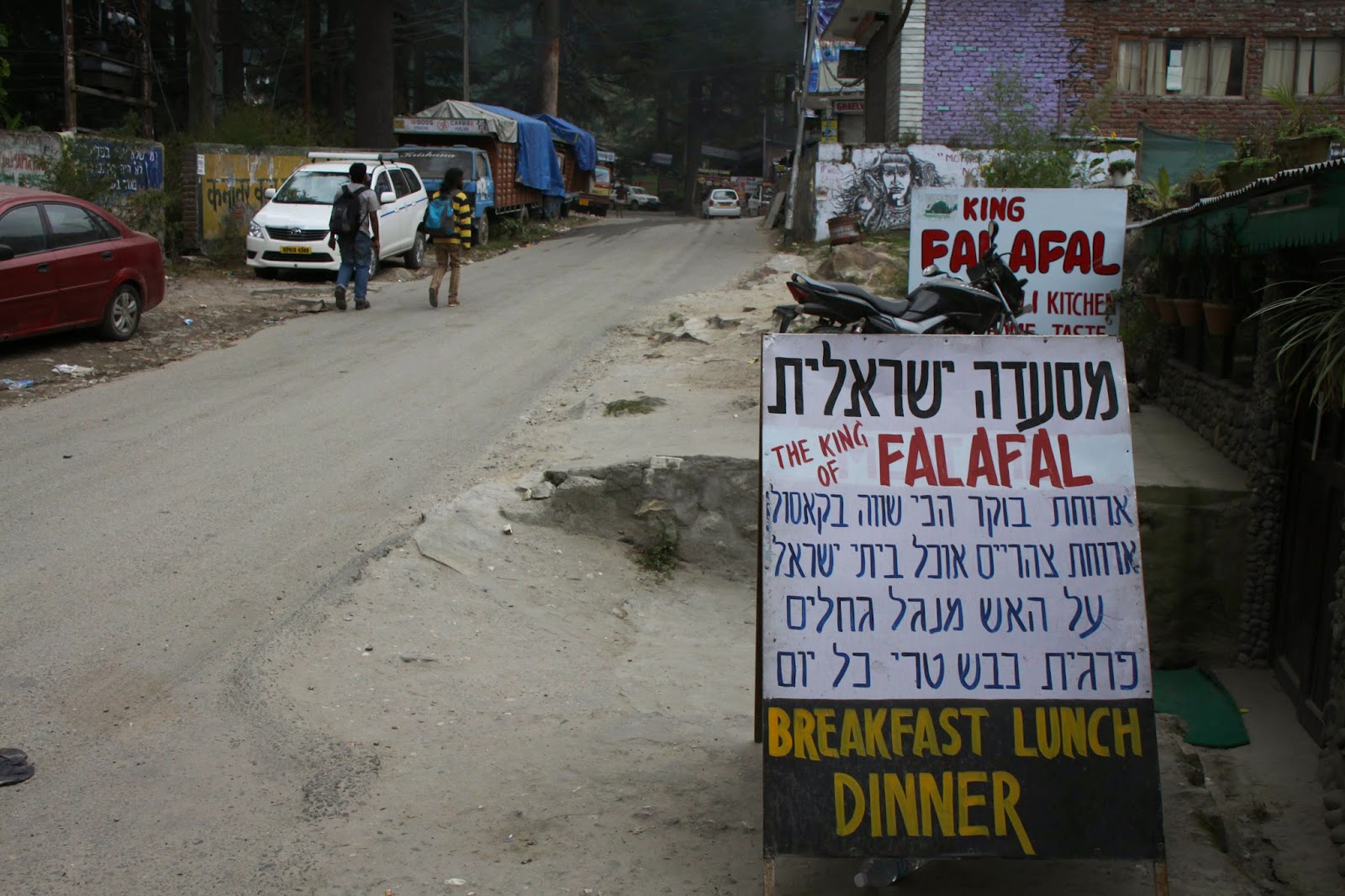 A sign in Hebrew in Kasol village. Similarly there are villages under American, Dutch and German influence, but Israelis predominate.
If one googles Malana , or searches youtube for it, there is abundant photographic proof and textual experiences available: https://www.youtube.com/watch?v=CqFiucWKo-8 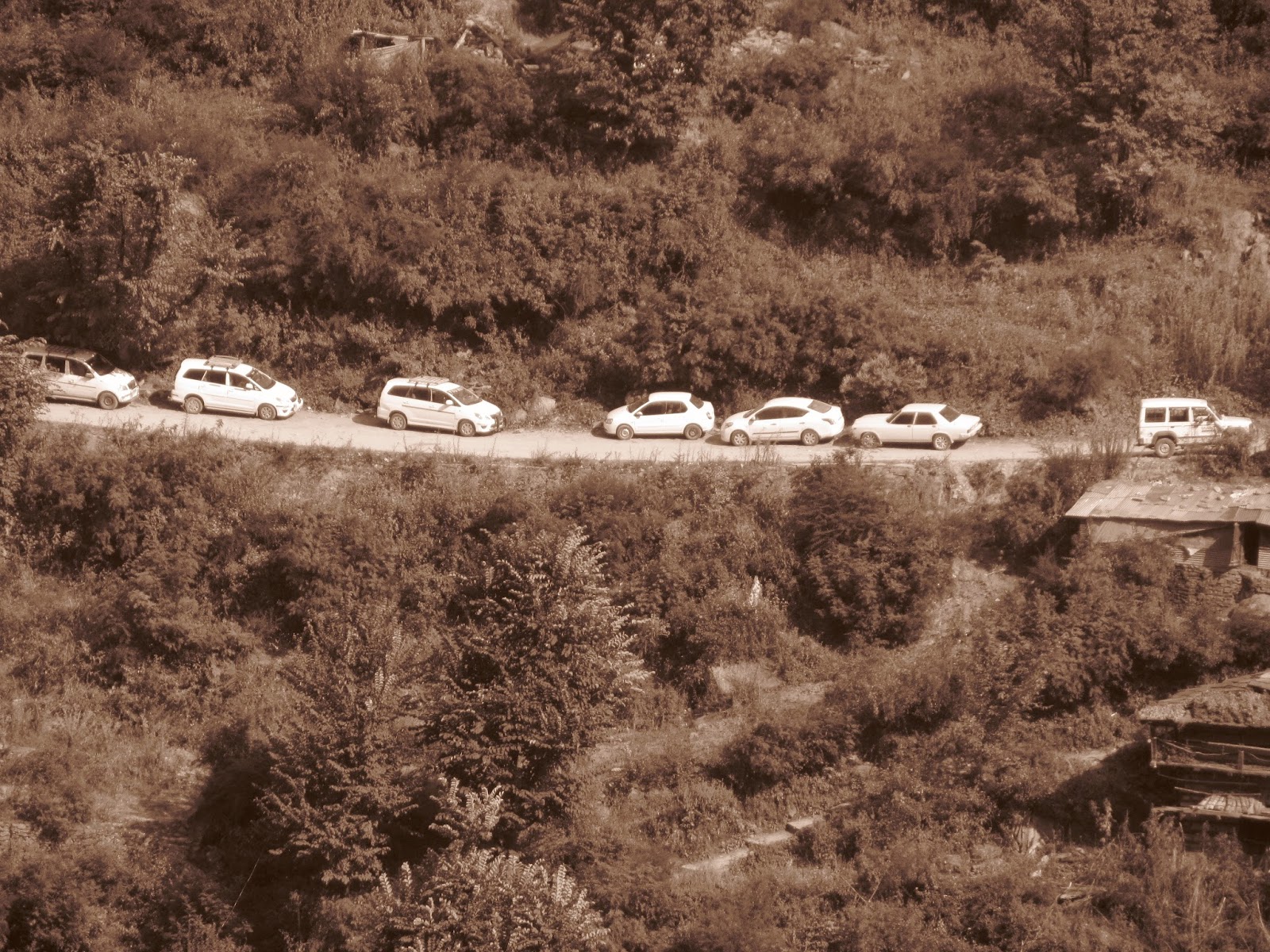 A small portion of the lined up taxis that were bringing young Indians to Malana on the 2nd of October, 2014.

Why are so many Indian youth heading to Malana like moths to a flame? This question can be answered only after investigation. My guess is that these bright young folk (would be engineers, doctors, lawyers etc et al) are wilting under pressures of ambition and work to smoke hashish for non medical purposes only, and then to pay for their use, traffic a little amount.  A corollary of all this neglect is that addiction in Kullu to ganja, hashish and opium has increased, but everyone denies it. 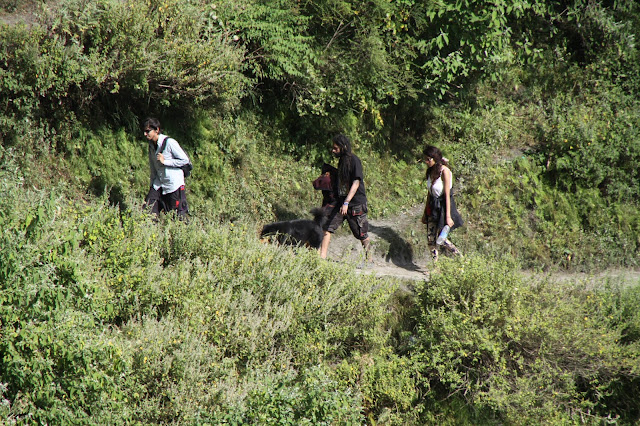 Now that cannabis cultivation and hashish production has become big business, law has to step in. For, gangs and violence are creeping in, which was inevitable.

The Parbati, Malana and Nagar Valleys are idyllic beautiful haunts for tourists' and trekkers'too. So far cannabis and hashish have been attracting more adherents. And tourists who want to only see cannabis growing in such joyful abundance. 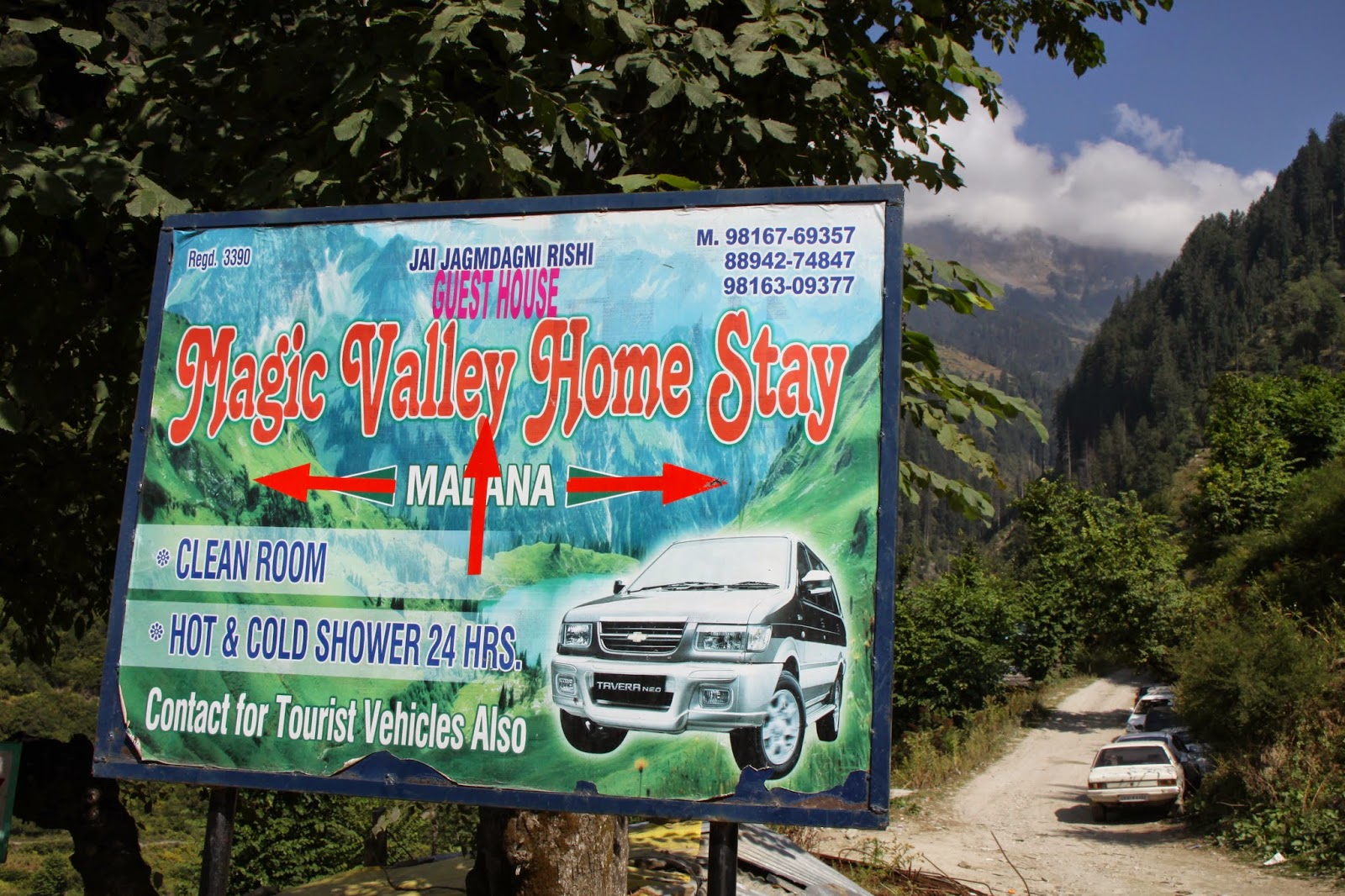 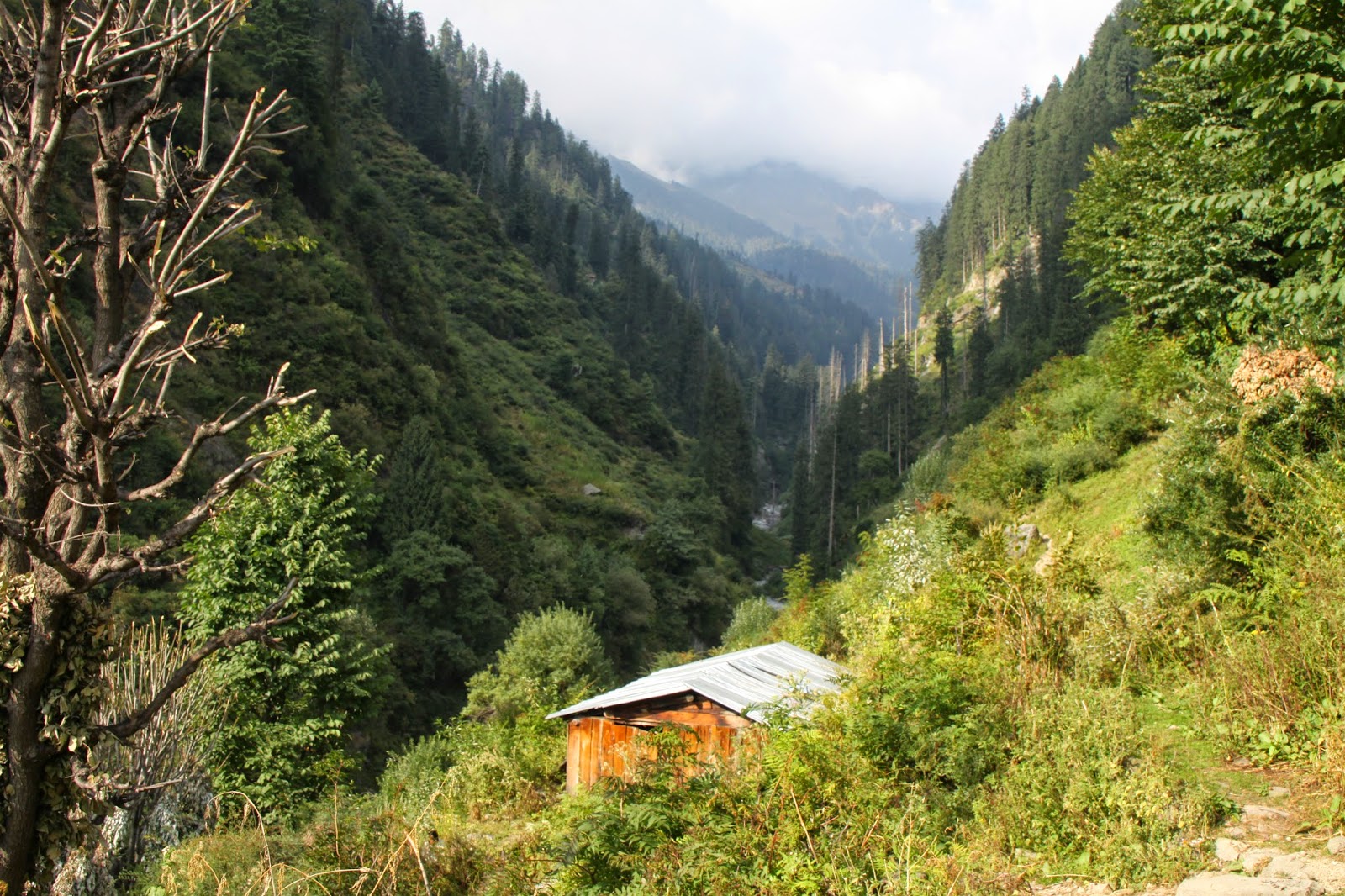 And then there is illegal opium cultivation in Himachal too. About that there will be an another blog!

But there is some hope from HP's neighbour's experience. Uttarakhand. Here they have asked The Bombay Hemp Company (http://hempfoodsindia.com/) to use its cannabis crop and turn it into textile yarn, T shirts, medicinal oil and even hempcrete- a cheap building material. Cannabis has been used in many of ancient India's forts, temples, mosques and monuments.