The Nanda Devi Sanctuary is a rare Himalayan phenomenon. It is a ring of 21 peaks above 6000 mtrs. Nanda Devi (7816 m or 25,643 ft) is the highest in the Sanctuary. The only outlet is through the Rishi Ganga river. The map below was copied by me from Kenneth Mason's informative history book called Abode of Snow. I then added a peak here and there from my visits  in 1970s. 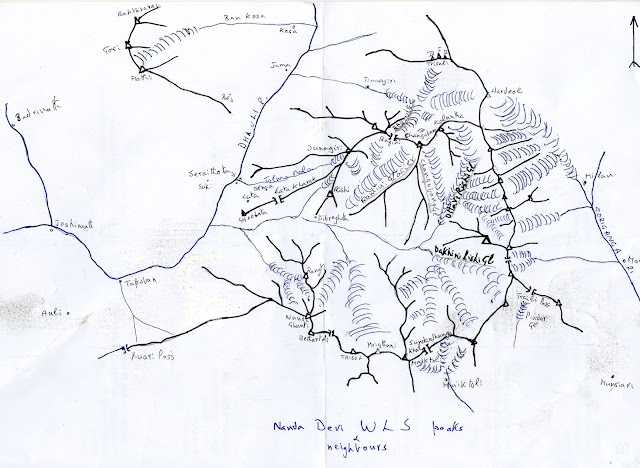 The Sanctuary has been closed to climbers and trekkers since 1982.

Recently, trekkers have been allowed to go to the peripheral ridges from the outside. After a recent visit by a friend of mine to Bagini Gad (Glacier) from Dunagir, I was asked to identify some of the peaks. I could not do so satisfactorily.

The Nanda Devi Sanctuary is in the Garhwal part of the North Indian State of Uttarakhand. The other part is Kumaon. Only in 1934 was this Sanctuary penetrated. It were the legendary mountain explorers Eric Shipton and HW Tilman's group who did it.

I then asked my expert geographer friend Hermann Soeldner of Oberammergau, Bavaria, Germany to help me out. He has the unique ability of describing the precise shape of peaks from maps. I had sent him some pictures from a 1975 visit to Ramni Glacier inside the Sanctuary. He has identified them- irreproachably correct: 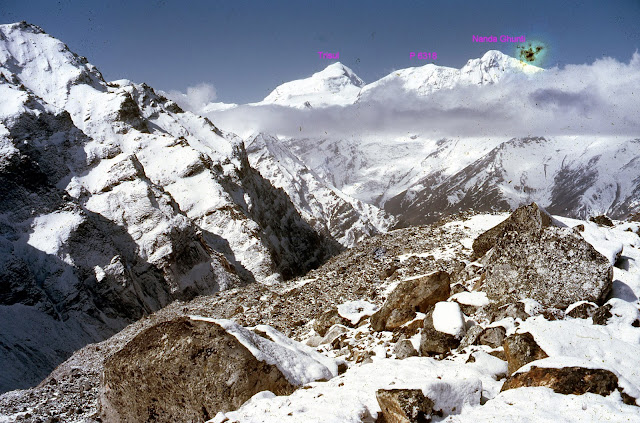 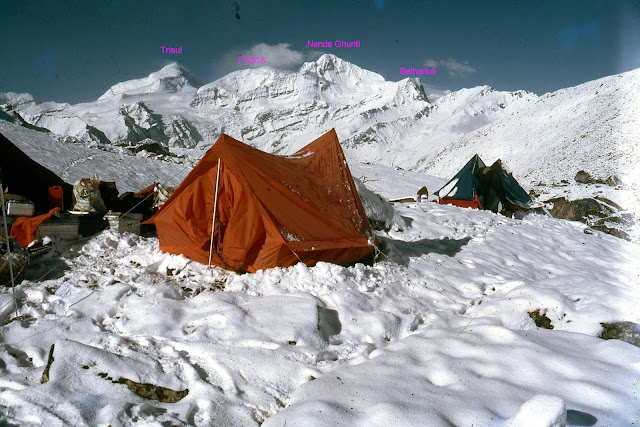 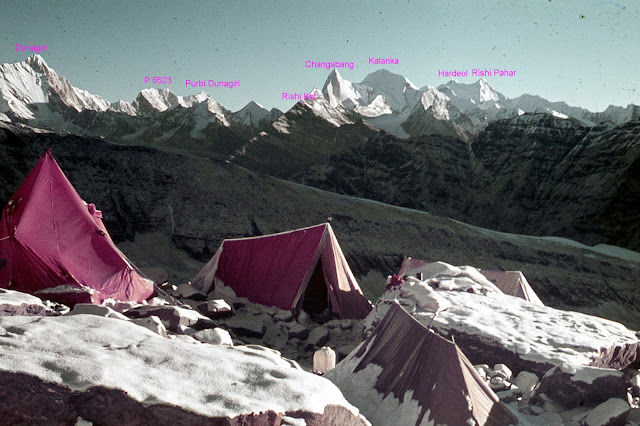 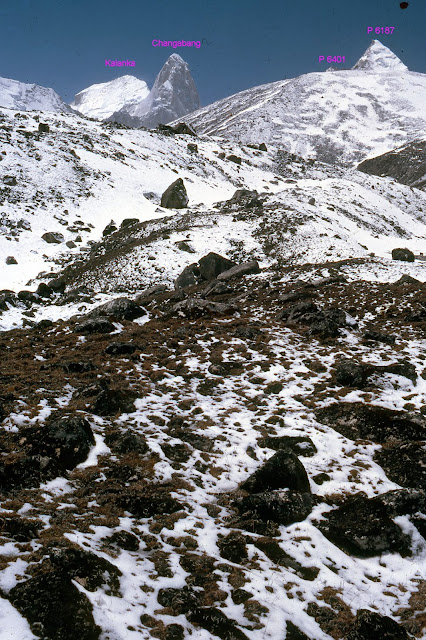