Narcotics- SEARCHING FOR TRUTH & SOLUTIONS- About a conference held in early Dec. 2013 in Guwahati

There is a fledgling think tank in Delhi called The Insttitute for Narcotics Studies and Analysis (INSA). (http://www.narcoinsa.com/)

From the 5th to the 7th of December, 2013 INSA  organised a lively conference in the charming and immense location of the Don Bosco Insititute, Kharguli Hills, Guwahati, Assam.
(There were many windows like this one in the Hall and eyes would often stray to the fascinating view)

(Another wing with a hint of a view)
The Key Note Address was made by Mr. Najib Shah, Director General, Revenue Intelligence, who while urging reforms reminded that enforcement is a key instrument of controlling proliferation of drugs. The Conference was Inaugurated by Lt. General Nirbay Sharma (Retd.), The Governor of Arunachal Pradesh by lighting the Lamp of Awareness. 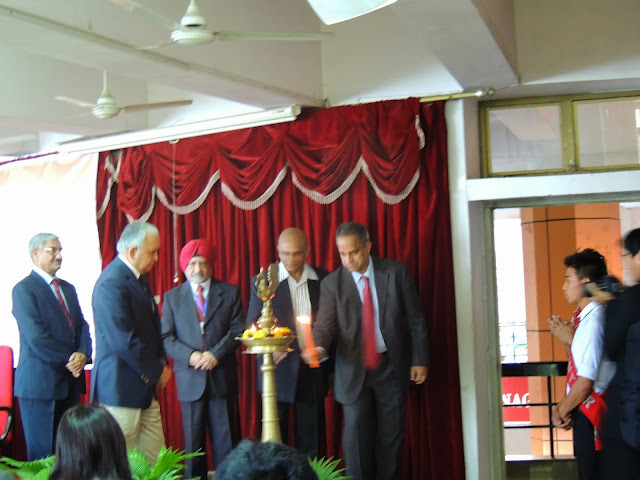 The Governor expressed his anguish about the growing illicit cultivation of opium in Arunachal and the concomitant addiction to opiates. 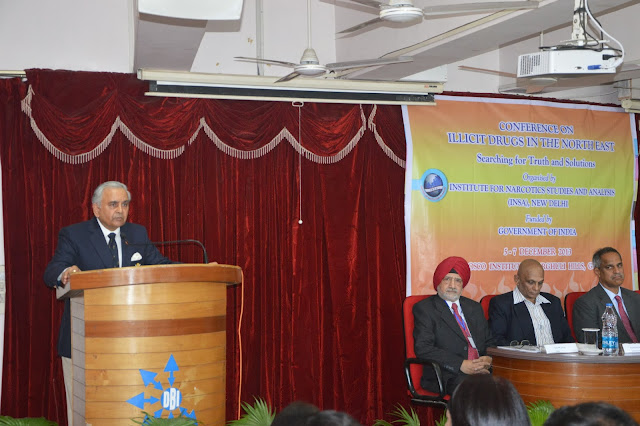 (The Governor of Arunachal Pradesh at left and the the director General of Revenue Intelligence at right. In between are members of INSA)
The topics and frank discussions focussed on all the possible drugs linked problems that could afflict a person, a family, a community and the state.  There were ten sessions of 90 minutes each. 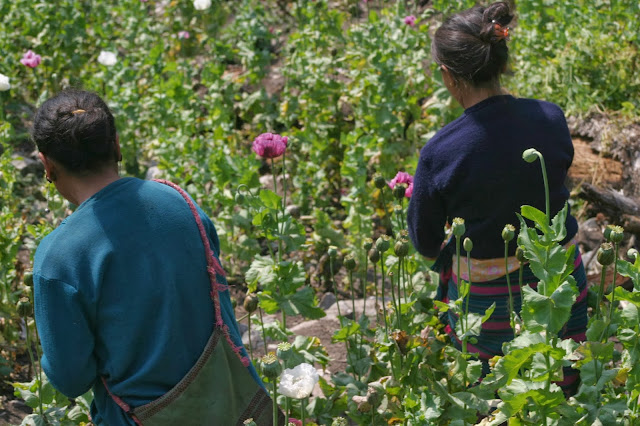 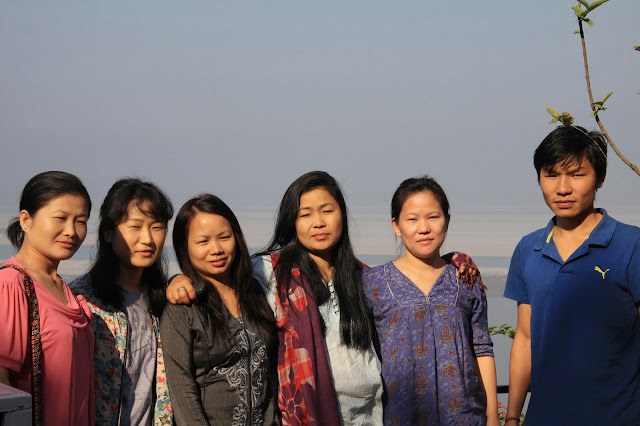 (Before the closing session began nearly all the participants and gathered for a happy group photograph).


It was followed by a concises but detailed and emotive report on all the sessions given by Mr. Jogendra Singh, Member, INSA. His summation will be placed here as soon as it is ready.
(In the Centre is Ms. Ananya Ray, Chief Commissioner of Custom, North East Region, flanked by Mr. Joginder Singh to the left and Mr. Dalbir Singh to the right. Both are members of INSA)
The last word beonged to Ms. Ananya Ray, Chief Commissioner of Customs, North East Region and based in Shillong. She talked of her travels to the distant corners of the North East and finding drug problems every where.

Our conference would not have been possible

(a) without the funds sanctioned by the Ministry of Finance for this Conference,

(b) without the whole hearted help given by the dynamic Dy. Commissioner of Customs, Guwahati Ms. Temsunaro Jamir, her juniors, of Mr. BB Mahapatra, Commissioner Central Excise and his officers, and their considerate super boss Ms. Ananya Ray,

(c) without the support of the twelve energetic and considerate volunteers from amongst the students of Don Bosco Institute. They were everywhere and never missed an opportunity to guide and help.
.  (In the blue saree is the youngest member of INSA- Ms. Kawaldeep Kour from Guwahati. She worked tirelessly before and during the Conference. She also brought down the average age of INSA Members to a shade below 60!)